‘Rattle And Hum’ was released in 1988 as a companion 2-LP set to the Phil Joanou-directed film of the same name. The album highlighted live performances from U2’s successful 1987-88 Joshua Tree tour as well as additional songs recorded at Sun Studios in Memphis. Peppered with live and studio tracks, some of the standouts are “Angel of Harlem” and “Desire”. The album features B.B. King on “When Love Comes to Town and Bob Dylan on “Love Rescue Me.”

The album reached No.1 in the UK. In the US, it peaked at No.1 on the album charts and No.39 on the Billboard Top Pop Catalog Albums chart. It was certified as multi-platinum by the RIAA with 5 million units sold. In Switzerland, ‘Rattle And Hum’ reached No.1 on the album charts and stayed in the charts a total of 27 weeks and was certified Double Platinum. ‘Rattle And Hum’ was voted Best Album by Rolling Stone readers and was nominated for a Grammy for Best Rock Group Performance.

5. All Along The Watchtower

6. I Still Haven’t Found What I’m Looking For

7. Freedom For My People

12. When Love Comes To Town 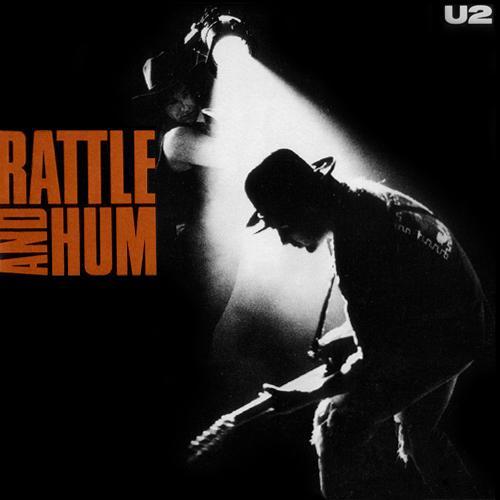