No one forgets the first time they saw Tami Neilson. She can hush a room with an original song that channels the hurting spirit of Patsy Cline or the sensuality of Peggy Lee, or bring the audience to its feet on a rockabilly raver. She’s an artist with real range, whose powerful voice can take on big ballads, golden-age country, heartfelt Gospel, soul-infused R&B, Western swing, even old-style rock’n’roll.

Tami encompasses them all and is a personality-powered cyclonic force of nature in stylishly retro attire, long lashes and a stacked-high beehive. Previous media accolades come from both sides of the Atlantic, including Rolling Stone, which called her “a fire-breathing belter on her own terms” and the U.K.’s Guardian, which asserted that “her powerhouse voice recalls 1950s stars such as Wanda Jackson and Patsy Cline.”

Of her new album’s title, CHICKA BOOM!, Tami explains, “I wanted to write an album of punchy little songs, popping firecrackers that, when stripped back to nothing but a guitar, percussion and two voices, would still go boom!” 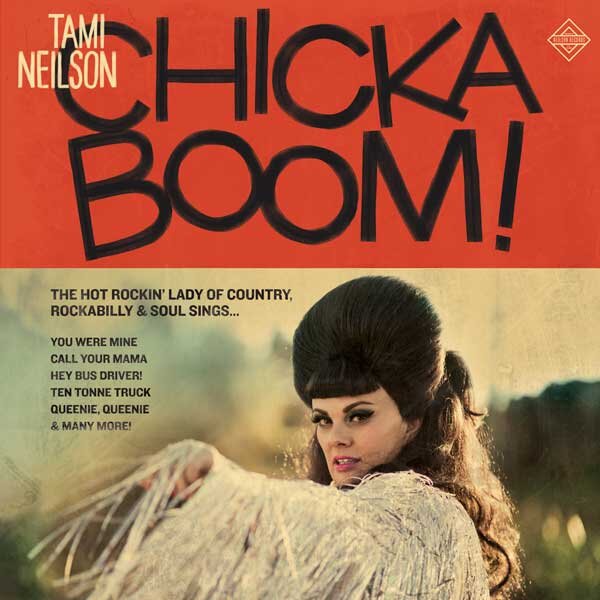