Originally released October 24, 1995, the album would debut at #1 on the Billboard 200 chart and was certified 9x platinum by the RIAA. It yielded major hits like ‘Bullet with Butterfly Wings’, the band’s unlikely first Top 40 hit the exquisite 1979′ and the epic ‘Tonight, Tonight’, as well as a thoroughly inspired series of videos.

Produced by Billy Corgan, Flood and Alan Moulder, the album earnt a Grammy Award, 1996 Best Hard Rock Performance for ‘Bullet with Butterfly Wings’, as well as seven Grammy nominations. Beyond the more obvious hits, though, Mellon Collie… is a song cycle of unusual depth and considerable range. It is a collection of stunningly beautiful moments when everything lined up in a moment in time that’s still here to be treasured.

The reissue project was remastered from the original analog masters and personally overseen by founding member Billy Corgan with extensive bonus material from the Pumpkins’ archives. 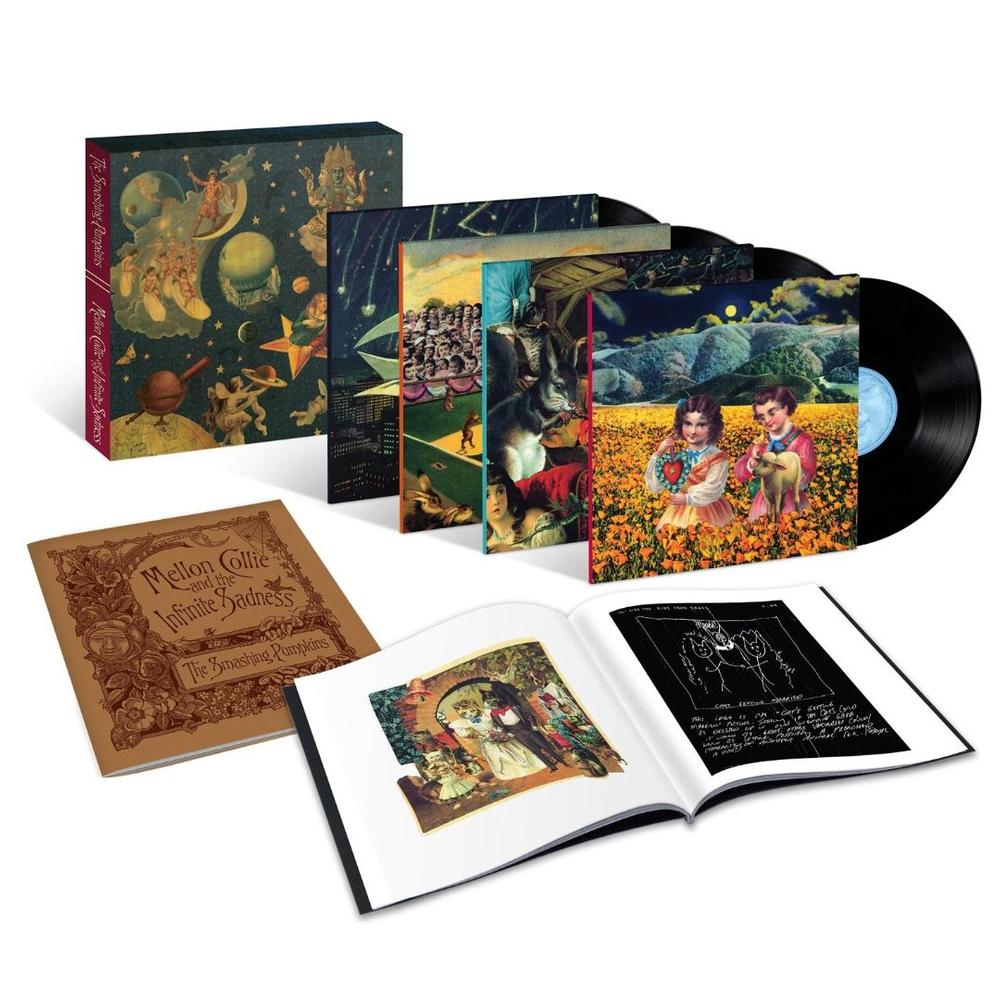