Brisbane rock legends Screamfeeder their eighth album Five Rooms (on their own label Modern Mornings! Recorded during lockdown at Airlock Studios with producer Anna Laverty (Courtney Barnett, Camp Cope), the album was mixed by US engineers Beau Sorenson (Superchunk, Bob Mould) and Travis Harrison (Guided By Voices, Built To Spill) and is yet another ‘Feeder classic (their last album Pop Guilt (2017) was a cracker)! The album is available on orange vinyl, and the first time you’ll be able to see these new songs in the flesh is at the band’s free, all ages Sonic Sherpa return from 2.30pm on Saturday June 4 (the Brisbane launch being at the beautiful Princess Theatre on Fri 24 June) – come along and catch one of the finest bands ever to emerge from Brisbane in the most intimate environs you’ll ever spy them! 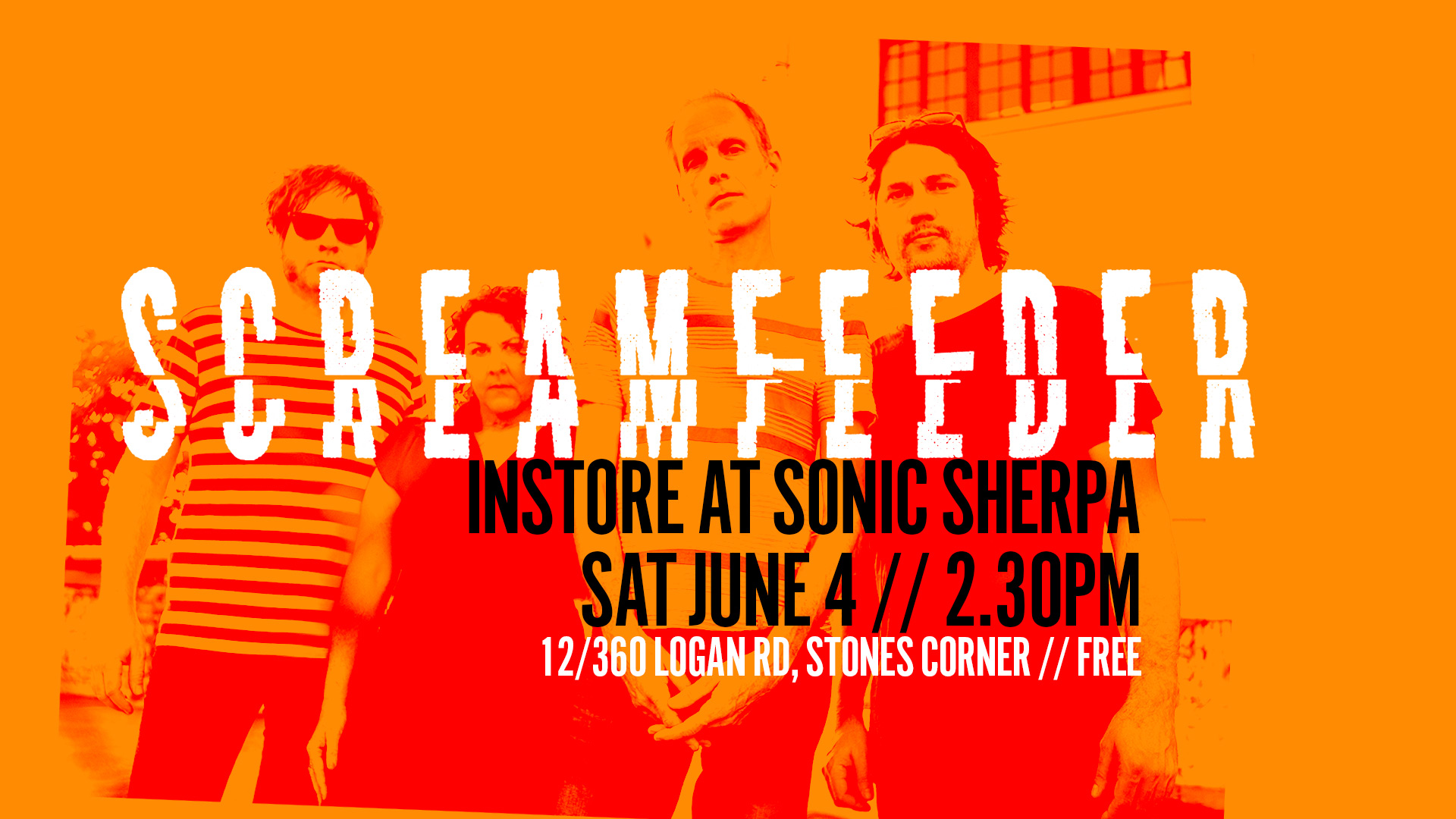