Produced by Paulie B (Ziggy Alberts, Bobby Alu) at Yama Nui Studios, who provided backing vocals and electric bass on the album, August River Band explain that  “Sharing a space with this high a level of artists is truly amazing. It takes that level of skill and experience to make something simple sound magnificent.” Releasing their feature single ‘Mr Sky’ back in September, the band has described the track as their ‘happy song in a hurricane’. Lead singer Eev Ferreira explains, “This was the first song I wrote after leaving behind a decade of insane religious devotion. It was a prayer I guess. As with many of my songs the reference to “a girl” is a metaphor for a bigger picture, such as our relationship and disillusion with fate, faith, destiny, and transcendence”.

August River Band has the ability to instantly draw in listeners through their unique sound which offers a wild and beautifully juxtaposed chemistry between the tortured singer songwriter (Eev Ferreira) the classically trained violinist (Lil Burrows), and the hard hitting rock’n’roll drummer (Gerard Kerr). The release of Thank You Pain is the culmination of 2 years work, with Ferreira explaining that “The album is an ode to pain. I am deeply grateful for its teachings. Make no mistake I don’t like it and certainly aim to avoid it but, alas, there is no greater mentor. The songs on this album spans across the last ten years moving from a religious dogma to the secular one. Religion, self-actualisation, they are no different. In both you are constantly at war with what you are and what you think you should be. This all being said, Peace is not good for art.” 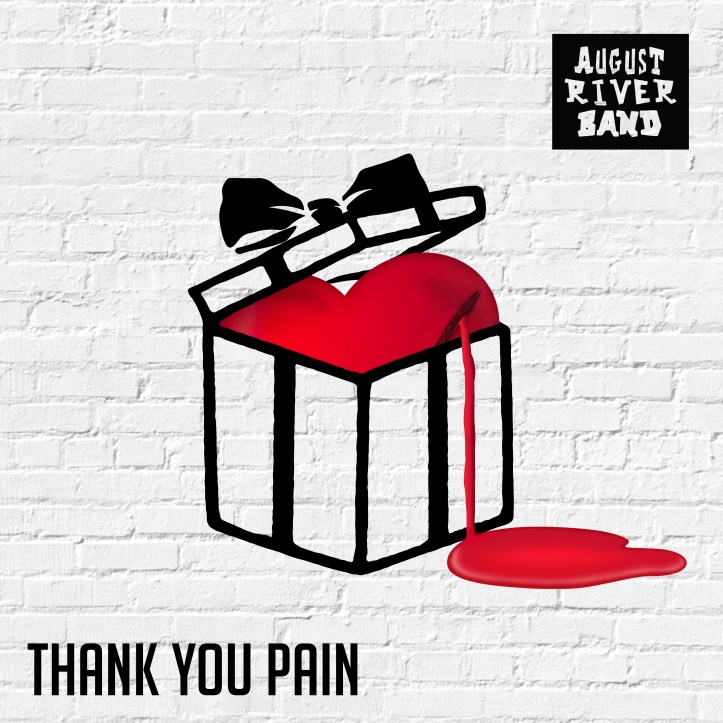