This is Russell Morris and Rick Springfield like you’ve never heard them before. They have come together to create Jack Chrome & The Darkness Waltz, an album that celebrates Día de los Muertos (Day of the Dead) with the narrator, Jack Chrome, leading the listener through a compelling song cycle about life and death.

“After losing parents and grandparents, I’ve always loved the concept of day of the dead,” Russell explains. “It’s all about celebrating life and bringing those spirits back.”
“Russ is the happy one,” Rick smiles. “He brought a lot of the positive songs to the project, whereas mine get pretty dark.”

Russell and Rick first recorded together 50 years ago, when Rick played on Russell’s debut album, Bloodstone. Rick later appeared on Van Diemen’s Land, but this is the first time the good friends have made an entire album together.

Ultimately, this album is a celebration of life. Welcome to Jack Chrome & the Darkness Waltz. 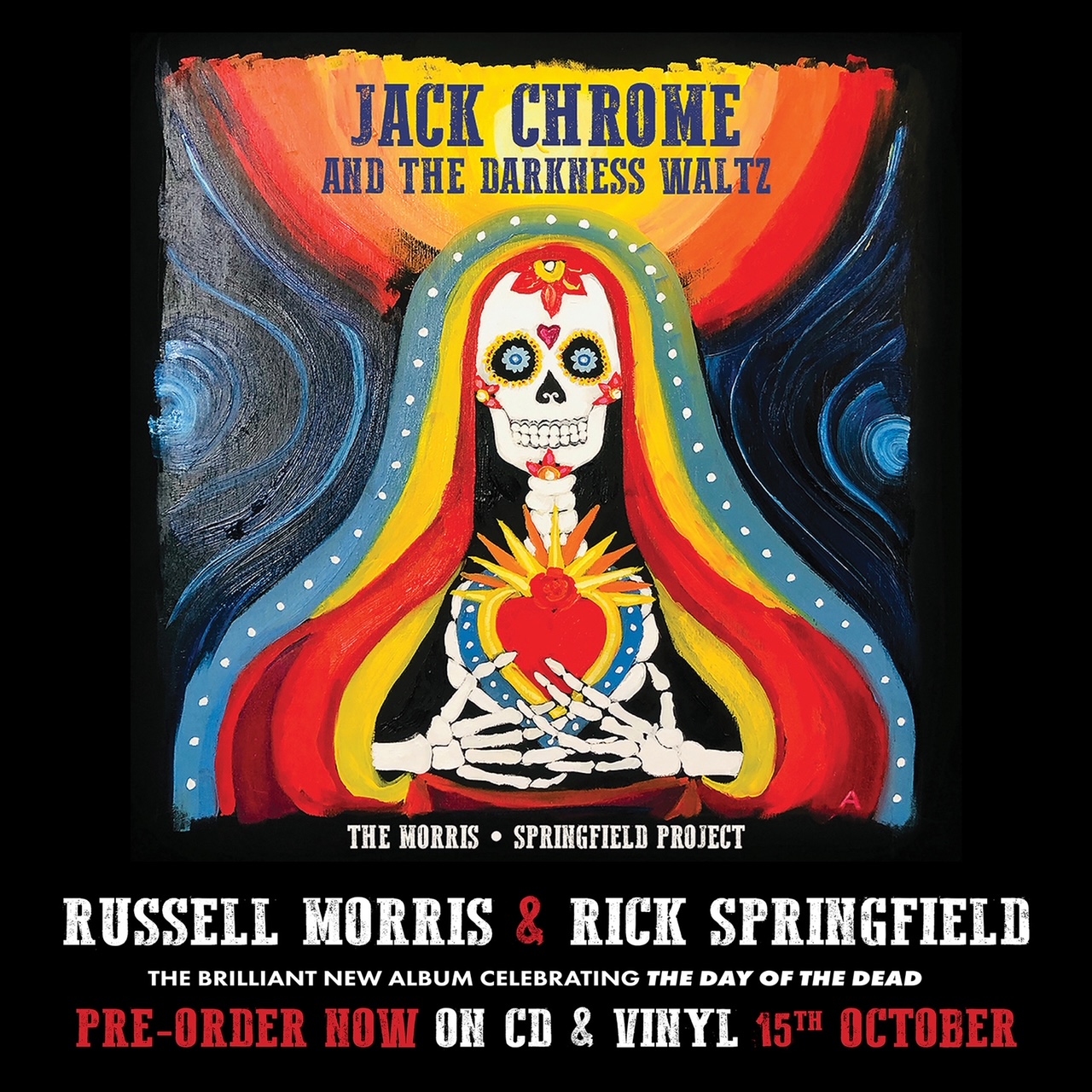