For most fans of Aussie country music the news that The McClymonts have a new album is enough to get excited, but if you pre-order their new record ‘Mayhem To Madness’ (due Friday 12 June through UMusic Australia) you get an autographed photocard as well!

The sisters’ sixth album could prove to be their fifth consecutive #1 on the Australian Album Charts – lead single ‘I Got This’ has topped the Country Hot 50 chart already – not to mention their two ARIAs and 13 Golden Guitars, so drop us a line to pre-order ‘Mayhem To Madness’ on CD or limited edition gold vinyl and score a signed memento! 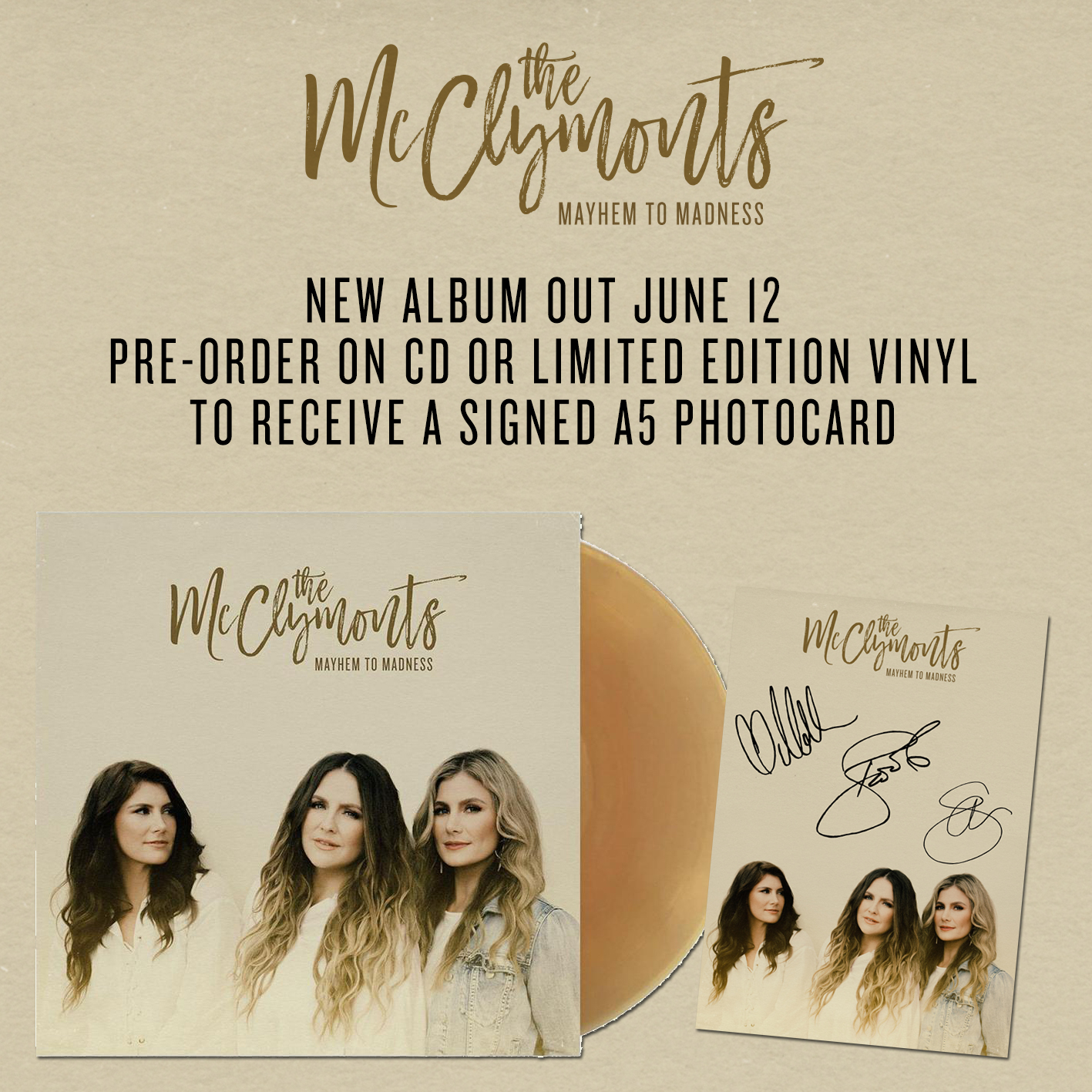