The Real Sound of “In Heat” (the disclaimer on the album states)
NOT produced by Shel Talmy (The Who, Kinks)
The original version of the album “In Heat” as it was intended to sound.

THE FUZZTONES have been around for over 30 years as a garage rock revival band. Though originally from New York City, they work mainly in Europe where their brand of retro 60 trash rock burns up radios from Hungary to Poland to Italy. The original “In Heat” was released in 1989 at the peak of the garage revival, when bands like the Chesterfield Kings, Lyres, and Cynics were all the rage. Unsurprising, the music industry turned a blind eye, yet miraculously THE FUZZTONES signed a major label deal with RCA. Label politics had the band in a “real” studio with a “name” producer who watered down their unharnessed energy and snotty attitude. In the end the original disc was a second rate affaire with most of the grit rubbed out only to die a sad, quick death at the hands of critics who never appreciated the band’s live act anyway. With the resurgence in garage rock in The Hives and The Strokes, the time may be right again for THE FUZZTONES to get a second shot. “Raw Heat” therefore turns the clock back in time when garage rock rivaled punk as the most exciting musical scene to come along in decades. Produced by founder/guitarist/singer Rudi Protrudi and Jordan Tarlow (Outta Place, Morlocks) the recording gets a second wind when “Heathen Set” comes roaring out of the speakers. The running order has changed from the original recording putting more power up front. Both the classic church organ and dangerous guitars are better controlled in the mix (originally the organ overpowered the whole thing). “Hurt On Hold” still stands strong as the band’s real chance at a single although “Me Tarzan, You Jane” with its featured harmonica is a close second. The added punch of the bass and primitive drums give the whole thing a real boost especially on “Cheyenne Rider” and “You Must Be A Witch” – no wonder Ian Asbury of The Cult was so hooked on these guys. Best song in our book is the title track “In Heat” – “We’ll I’m a big bad wolf, can’t ya hear me howl” Ahh… give the boys the credit they deserve… and all the fame! 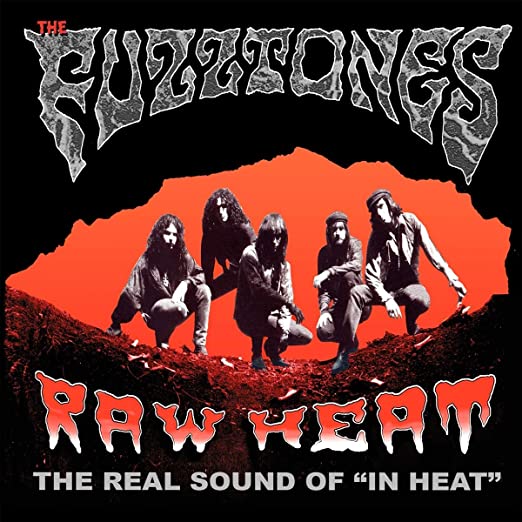