Known as the darker brother of The Go-Betweens, Peter Milton Walsh’s career has recently been revamped, also thanks to the collaboration with a few French labels, Microcultures and Talitres. The latter has now announced that they are reissuing A Life Of Farewells, a 1995 album previously only available on CD from the original release. The Apartments’ 1985 debut LP, The Evening Visits…And Stays Forever, had been reissued by Captured Tracks in 2015 (the year of the band’s return with No Song, No Spell, No Madrigal), testifying the renewed interest in the band.

It is a collection of airy melodies and classy arrangements, spotlighting of course Walsh’s emotional crooning. It is definitely one of the most serene and inspired releases in the musician’s career.

A Life Full of Farewells, The Apartments‘ third album, was originally issued on CD only in 1995. Released two years after drift, this muffled album filled with melancholy ballads once again displays the writing talent of Peter Milton Walsh. Over a quarter of a century later, these majestic compositions, this delicate pop engage us with new emotions. Here the nuances are subtle and the musician’s demons seem for a time abandoned. It is a centerpiece of Australian discography, now unearthed and released for the very first time in vinyl format. 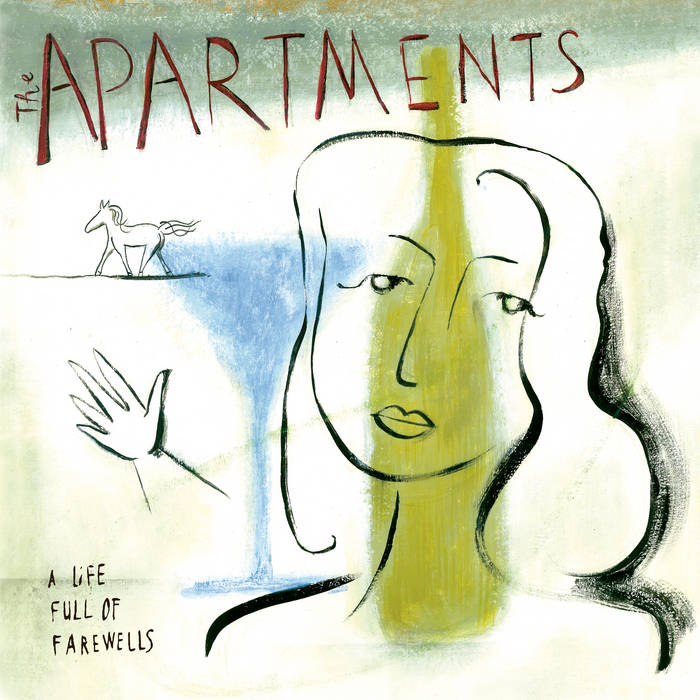