Due: 21 February
Seventh album from local metalcore legends follows on the back for four consecutive #1s and reaffirms the band’s lifelong love of heavy music, the perfect blend of Amity new and old.

The Amity Affliction have announced their seventh studio album – Everyone Loves You… Once You Leave Them, released via Warner Music in Australia!

It follows the band’s 2018 release Misery, which debuted at #1 on the ARIA chart; their fourth consecutive #1. The band returned to Beltsville, MD to record, Everyone Loves You… Once You Leave Them, alongside Misery producer Matt Squire.

The album’s latest single and video; “Soak Me In Bleach.” fuses together airtight riffs, a thick groove, and a powerhouse melody and perfects the band’s signature combination of hard-hitting hooks and rhythms. It follows first single  All My Friends Are Dead  which was released ahead of the album’s announcement. Both tracks represent some of the heaviest, most memorable material and the most relatable lyrics of the band’s deeply personal catalogue. As always, The Amity Affliction hold nothing back, allowing fans to get closer than ever on Everyone Loves You… Once You Leave Them.

“This album is a result of our re-found love for heavy music.  Say the band in a joint statement. “We wanted to make a heavier album to back up our most recent releases to let our fans know that we understand what the majority want to hear from us. We have experimented creatively over the years and are now able to apply what we’ve learnt to what we consider the perfect blend of Amity new and old.”

2. All My Friends Are Dead

3. Soak Me in Bleach 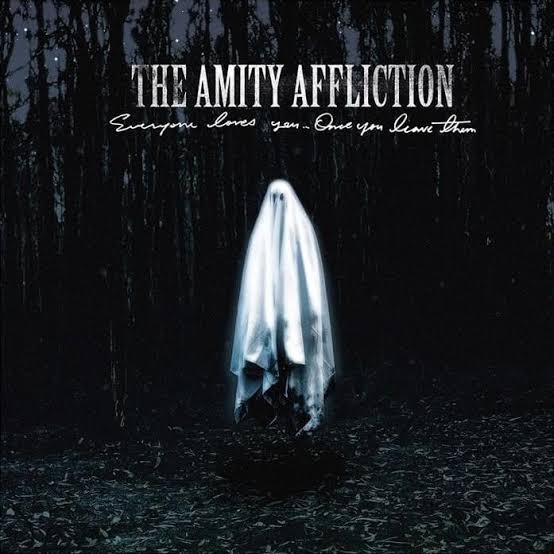