Terra Firma is the second studio album by Australian singer-songwriter, Tash Sultana. The album was released on 19 February 2021, through their own record label, Lonely Lands Records (distributed by Sony Music Australia in Australia.

The album’s release date was announced on 29 October 2020, alongside the fourth single, ‘Willow Tree’. Sultana said about the album, “I didn’t realise that I needed to create a space and home for myself to feel like a person again. I just went inward and found a really peaceful place and wrote an album, and I feel really happy with it.”

For the first time, Sultana opened themselves up to collaborators, starting with a 10-day writing session with Matt Corby and Dann Hume, with Sultana saying “Matt was very helpful for me at the beginning of this process, because I was experiencing writers block.” 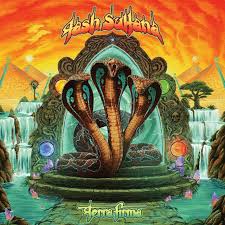