To celebrate the 25th Anniversary of Something for Kate‘s debut album, Elsewhere for 8 Minutes, the band has decided to celebrate this milestone with new vinyl and accompanying live shows in 2022. Originally released in July 1997, Elsewhere for Eight Minutes was the first full length release for Something for Kate. Produced & recorded in New Zealand by US producer, Brian Paulson (Slint, Wilco, Archers of Loaf, Superchunk) the album’s title was a reference to the time it takes for light to travel from the sun to the Earth. The album spawned fan favourite tracks: ‘Captain (Million Miles an Hour)’ and ‘Pinstripe’.

**This is not the finished product. Actual vinyl may vary slightly in both colour and splatter design** 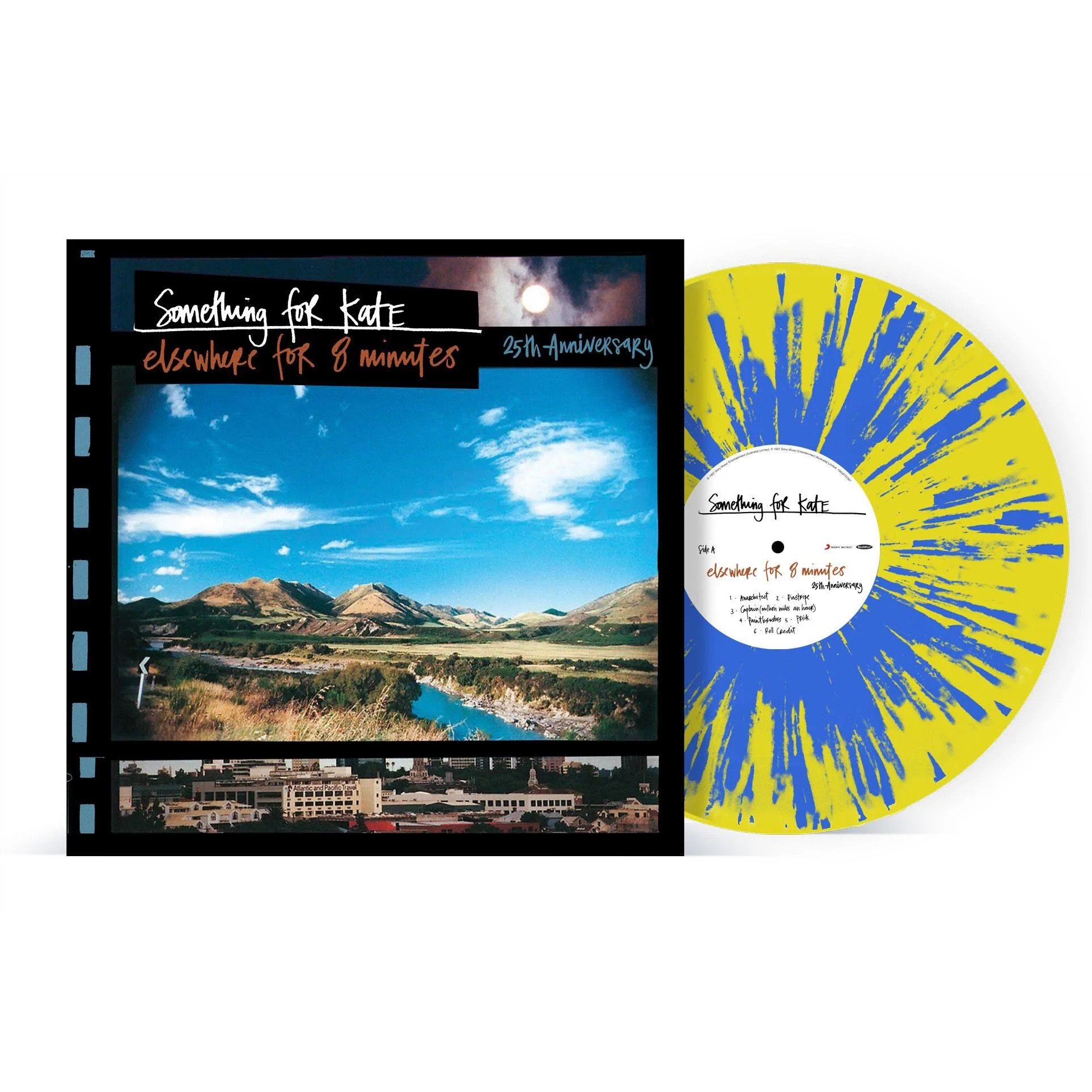