Back in ’99, Bill Callahan was staking out new territory. Issued in the wake of the game-changing ‘Red Apple Falls’ LP, ‘Knock Knock’ upped the ante of the game, pairing his naked portraiture with increasingly delicate nuances in song and arrangement.

The people responded in kind, turning out in ever-increasing numbers to shops and venues alike. They weren’t quite singing along with ‘Cold-Blooded Old Times’ yet (that’s a happy post-millennial development) but there was a lot of excitement in the air back in those final old-century days. Excitement – and Smog!

‘Knock Knock’ was enough of a tour de force that staging a re-look these twenty years later was a cool no-brainer. With production values at an all-time (for then) high and a team of Chicago-based studio rats (as well as a carefully vetted-and-compensated singing children’s choir) on the case, ‘Knock Knock’ was the most colorful of Smog albums; a record that played like a real-life opera, a story told in song. The story of a boy named Smog. Today, songs like ‘Held,’ ‘River Guard,’ and ‘Hit the Ground Running’ are still called for at concerts. Meanwhile, the 20th anniversary half-speed remaster of the LP allows us to perceive the expansive spaces in tunes like ‘Sweet Treat’ and ‘Left Only With Love.’ Knock Knock just keeps on a-knockin’! 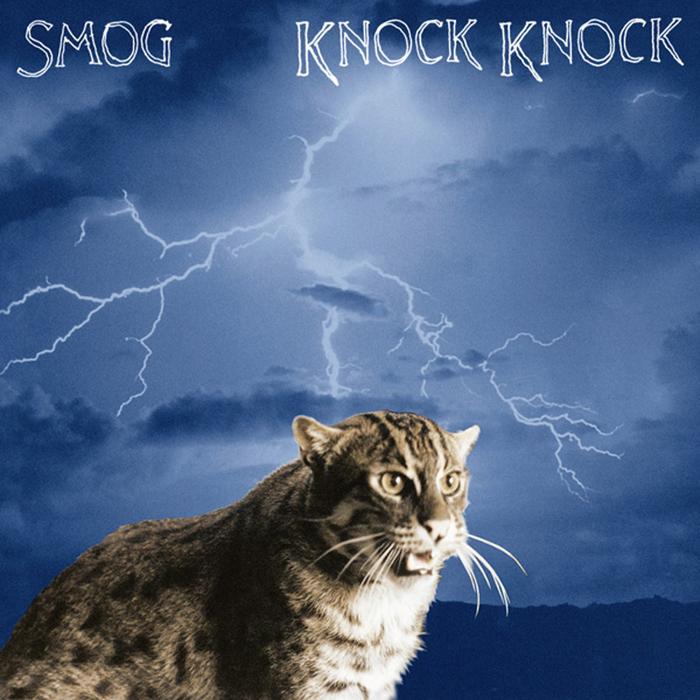