Poised to blow the cobwebs off life and unleash some much-needed wit and charm upon us, Sleaford Mods today announce the release of their astonishing 6th studio album, entitled Spare Ribs, out via Rough Trade!

The polemical Jason Williamson and dexterous producer Andrew Fearn kick against the pricks with unrivalled bite, railing against hypocrisy, inequality and apathy with their inimitable, scabrous sense of humour. And Spare Ribs, their astonishing 6th album, featuring Amy Taylor of Melbourne punks Amyl and the Sniffers and the British newcomer Billy Nomates, finds the duo charged with ire at the UK Government’s sense of entitlement, epitomised by its devil-may-care approach to the coronavirus crisis.

Commenting on the new album Jason says, “Our lives are expendable under most governments, secondary under a system of monetary rule. We are stock if you like, parts on a shelf for the purposes of profit, discarded at any moment if fabricated or non-fabricated crisis threatens productivity. This is constant, obviously and notably in the current pandemic. The masses cannot be present in the minds of ill-fitting leaders, surely? Or else the realisation of their catastrophic management would cripple their minds. Much like the human body can still survive without a full set of ribs we are all ‘spare ribs’, preservation for capitalism, through ignorance and remote rule, available for parts.”

Spare Ribs is the sound of a band so sure of their own sonic terrain that they can now explore its outer regions. The album’s title, Jason says, emerged from “the idea of the amount of people that died from the first wave of coronavirus; human lives are always expendable to the elites… We’re in a constant state of being spare ribs.” Yet Sleaford Mods are an essential part of Britain’s musical anatomy. 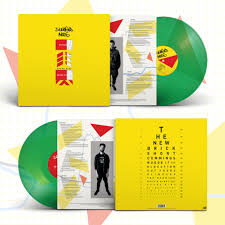