Pre-order Kaleidoscope Eyes though Sonic Sherpa (or purchase prior to the event if tickets remain) and score a spot at their exclusive signing and acoustic performance in the shop from 6pm on Thursday 4 March! One ticket per purchase!

As the band — now a core three-piece of founding members and siblings George, Amy and Emma — prepare to release their third album they’re sounding more assured and effortless than ever, building anticipation as they drip-feed their irresistible, big-hearted pop into the world, one song at a time.

Boasting over three and a half million listeners per month on Spotify, over 770 million streams across all platforms, a handful of #1’s and Top Ten hits in multiple countries around the world, Sheppard have already achieved more than most bands could dream of in their lifetime. And they’re only just getting started.

“Kaleidoscope Eyes is an album dedicated to the wonders of love, in every form. With love, the world is a more colourful place. Spread it, make it, give it, feel it, appreciate it, and do your best not to lose it.” – George Sheppard 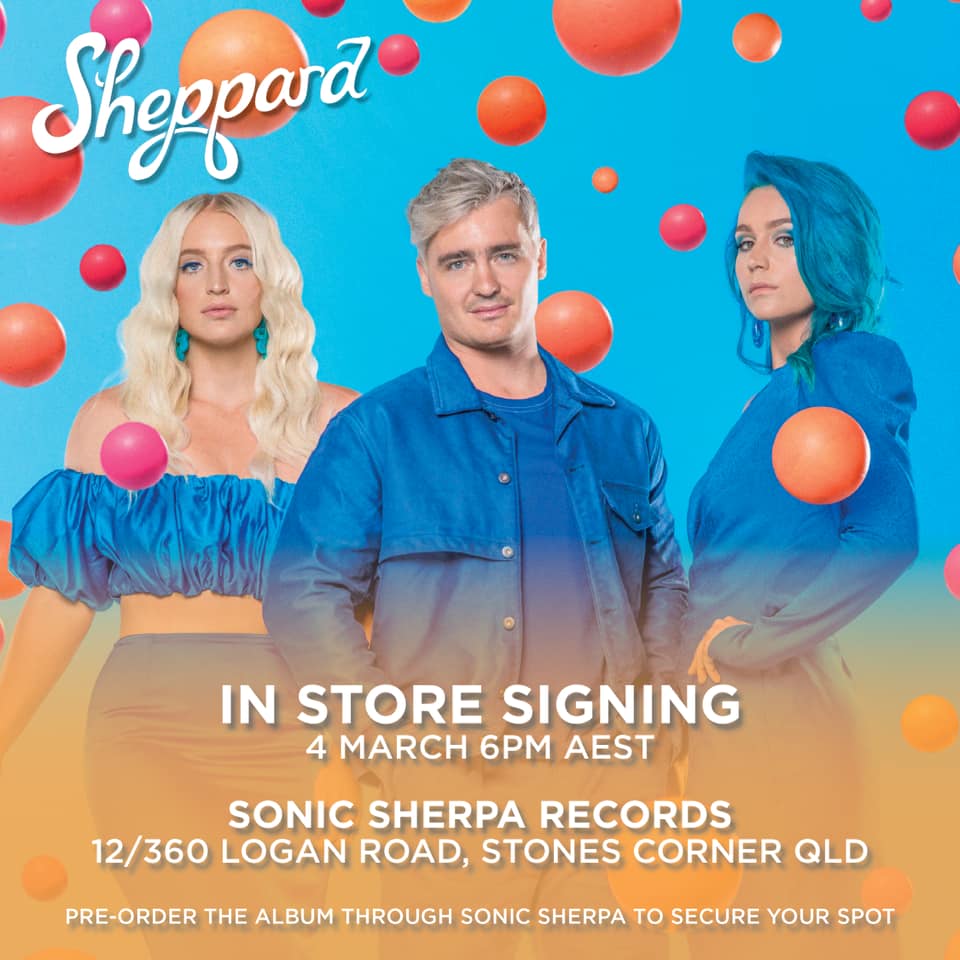