This morning has been spent with some friends, old and brand new. On my turntable right now is Nick Drake’s classic final album, Pink Moon. I love everything about it. That mysterious front cover artwork by Michael Trevithick. The head shot taken from the original neg on the inner gatefold sleeve. The label art, in the warm pink that the Island label used in the early ‘70s. The mail order form from Festival Records still in the inner sleeve. “Affix a 12 cent stamp where indicated and post it to …”

The music, of course, the clarity of Drake’s haunting voice and the precision of his striking finger-picked acoustic guitar. I know every note, every lyric by heart. I know where I bought it too. McKechnie’s Music Centre, in the main street of Kingaroy, probably in early 1973. I had my eye on it for weeks, dropping in after school, flicking through the racks. As I often did, I suppose I hid it toward the back in the hope no one else would buy it first before I saved up my $5.95. I knew nothing about Nick Drake, but something about that cover, the lonely sound of Drake’s voice as I listened in the booth, brought me to it, and it has been with me ever since.

About 40 years later I told Joe Boyd, Drake’s legendary manager, about that copy still in my possession, and we talked about how a record that sold only a few thousand on release made its way in an Australian pressing to a small family store in a country town 16,000kms away and into my heart. And the impression that physical presence had on me. For perhaps the next 10 years I didn’t know another soul with a Nick Drake record. But there was a connection already there, years later, when I started running into people who had much the same experience as me.

Old friend, Pink Moon, you still sound incredible. I’m looking at some other friends here beside me. The Doors, Absolutely Live, from a little place in an arcade somewhere in Toowoomba, early ‘78. The Saints, Eternally Yours, the same year, from Rocking Horse Records in Brisbane, the original Adelaide Street store. It was the first album I ever owned by a Brisbane artist or group. Patti Smith’s Horses, pretty sure that was Rotten Records, Brisbane. Joni Mitchell’s The Hissing of Summer Lawns. You could drop me blindfolded in the main street of Maroochydore and I could walk to where that shop used to be even though I’ve forgotten its name.

Since the death of Pete Shelley last month, I’ve been going through my Buzzcocks albums. Another Music in a Different Kitchen. Record & Tape Exchange, 90 Goldhawk Road, Shepherd’s Bush, W12, 2 pounds 70, it says on the sticker on the front. My copy of the band’s Orgasm Addict debut EP, from Rock On, in north London. My John Kennedy’s Love Gone Wrong singles, from Redeye Records in Sydney. Eric Burdon Declares War, complete with the killer single Spill the Wine. Charles Miller plays the flute, I see on the back of my copy purchased from Egg Records. Teenage Fanclub’s Grand Prix, in vinyl finally, from Sonic Sherpa. Gabriella Cohen’s Pink is the Colour of Unconditional Love from Jet Black Cat. Danny Kaye and Louis Armstrong’s soundtrack to The Five Pennies from Phase 4 Records. Sunburst Finish by Bebop Deluxe from Rockaway.

Sure, a streaming service might say “Teenage Fanclub, similar artist, Dinosaur Jr,” but we all know that’s some algorithm at work. Well, kinda like, maybe, as long as you listen to these five dozen other bands first. An algorithm isn’t going to stand at the counter when you come up with your copy of Grand Prix and say, “Are you sure you are going to leave this store without a copy of Big Star’s #1 Record and Icecream Hands’ Memory Lane Traffic Jam too?”

When I was watching Dark Fair play a sizzling in-store set at Sonic Sherpa last month, I just had to have that sensational looking and sounding new album Off Into My Head to take home with me too. And the surprise when I got home. Ooooh, is that vinyl pink or cerise!

It’s a deep connection, that store, that set, that steaming Brisbane summer day. It never leaves you. It’s a different experience to flicking through your phone.

Of course, the world changes, technology moves on. It was a tough time there for record shops for a while, but look at the indie stores now, flourishing around Brisbane, and most likely somewhere near wherever you are, despite the rise of digital.

It’s hard to beat that experience, that memory, those people behind the counter, those treasures in the racks, this soundtrack to your life. I don’t keep a diary. But those thousands of vinyl albums and CDs on the wall in front of me tell me just as much.

The indie store is a meeting place, a common ground for people like you, a community. It’s where bands meet, sometimes from the notice board, sometimes flicking through the same section, sometimes over the counter.

If I could have one snapshot of a musical life, from all the gigs and records and band disasters and joys. It was one day when I was flicking though records in a store in the CBD. I overheard someone say, “You know that guy, he’s in the band that sings …” I was young then but it was all the encouragement I needed to make sure I had something to sell in this shop soon.

It’s in the indie stores that shared passion that makes music happen, records happen, labels happen. That’s The Go-Betweens’ first single Lee Remick on the Able label, with finance from Damian Nelson at Toowong Music Centre. That’s The Gametes’ The Astronomical Calamities of Comet Jones, the 2018 debut album by the Brisbane band on Coolin’ By Sound, the indie label run by Sonic Sherpa co-owner Steve Bell.

Or an extraordinary series of rescues from the history of Brisbane music from the LCMR label run by Donat Tahiraj from Phase 4 in the Valley, reissues of classics like Razar’s Task Force and the debut single from the Apartments’ The Return of the Hypnotist three-tracker, Small World Experience, Birds of Tin, The Bent Elbows.

It’s not about just some entertainment to make the working day go faster, or to dance to on a Friday night, or just to sing some pain of the time away, although there is that too. It’s about something deeper, something we’re invested in. And I don’t just mean invested with our hard-earned money, although that means something to.

These days, every action we take is like a vote that helps create the kind of world we want to live in. And I want to live in a place where Gabrielle Cohen can take her music out of Brisbane to the world, where The Gametes can get an album out, where a band like Halfway can persevere and deliver six studio albums that create a wonderful portrait of the kind of place we live. A world where Teenage Fanclub and The Church and Icecream Hands and all the bands I love are celebrated and paid for their greatness, where indie stores thrive and the next generation of bands and fans find their thing, whatever that might be, inside their walls.

Hard to put it into words, but whatever music means to you, we’re in it for life. See you at the shop. That singer you are looking for to make your songs come to life might be closer than you think!

Noel Mengel is an Australian music writer with a special interest in the Queensland music scene. He wrote about contemporary music for The Courier-Mail for 20 years and now writes for the Loud Mouth website. 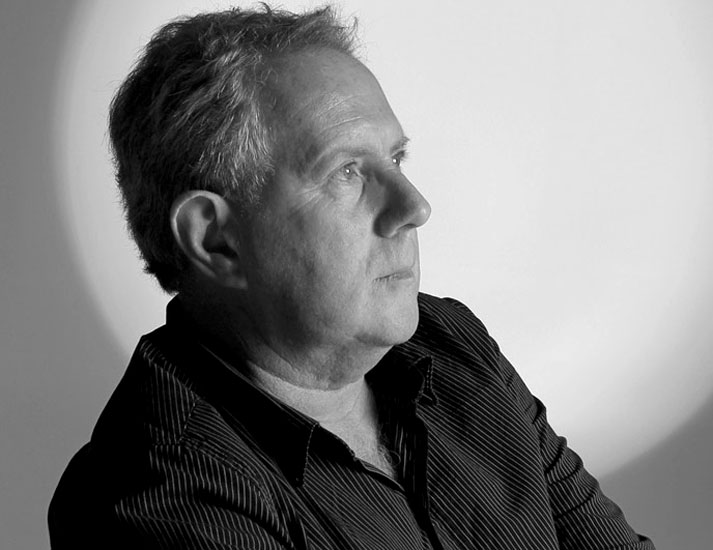