This year we commemorate the 20th anniversary of the album release with the 20th Anniversary White Vinyl Edition.

Originally released on October 2nd, 2000, What Are Rock Stars Doing Today served as Magic Dirt’s third album, following on from critically-acclaimed classics such as Friends in Danger and Young & Full of the Devil. Charting at #34 in Australia, it wasn’t their most commercially-successful release, though it spawned their first charting singles by way of ‘Dirty Jeans’ and ‘Pace It’, and even scored an ARIA nomination for Best Adult Alternative Album. 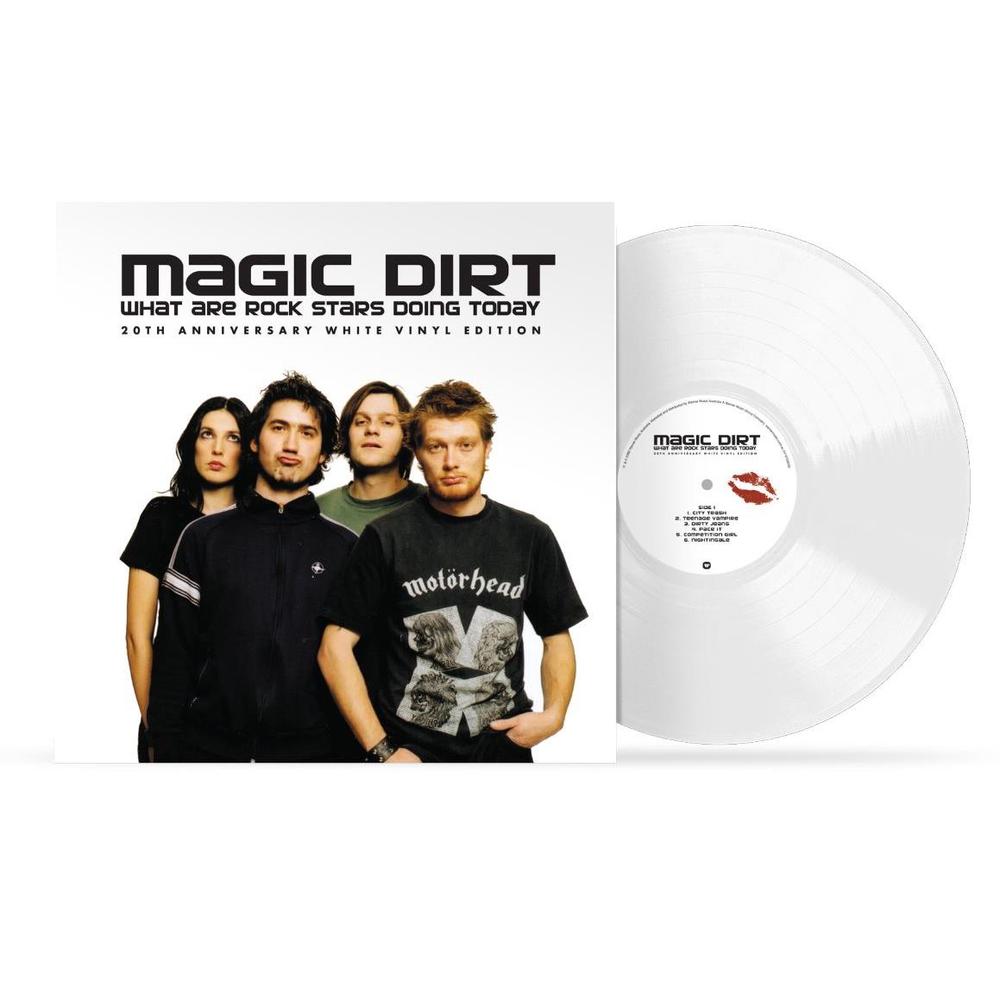