The album features the two preceding singles, title track ‘Blue Banisters’ and ‘Arcadia’, and was described by The AV Club as being “a reminder that when the singer-songwriter is in charge of her vision and fully taps into her emotions, she’s still capable of crafting breathtaking beauty”. 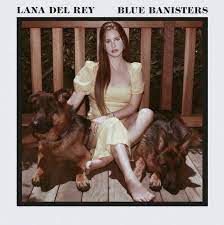