Since his earliest self-produced CD-Rs, the psych-pop master Kurt Vile has referred to himself as “Philly’s Constant Hitmaker”—and while he gave himself that name with a sly wink, he was also nodding toward the songwriting prowess that would result in him becoming one of his home city’s most celebrated rock artists. “I’m always thinking about catchy music, even though it’s fried, or sizzled, out,” he says. “It’s my own version of a classic thing—it’s moving forward and backward at the same time.”

On his latest album, (watch my moves), Vile pulls his talents as a singer, songwriter, multi-instrumentalist, and producer in unexpected directions—and the result is a vibrant, yet meditative album propelled by Vile’s laid-back charm and curious spirit. Every lyric has been chiseled down into an aphorism, every bloom of distorted guitar or murmuring synth helping create that “fried” pop. “It’s about songwriting. It’s about lyrics. It’s about being the master of all domains in the music,” he says of his ninth album and first in partnership with a major label, Verve Records.

(watch my moves) comes from a period when Vile, whose touring and recording schedule during the 2010s was seemingly constant, stayed in one place. His mind was always swirling, though, puzzling out pointillistic lyrics, dreaming up spit-shined choruses, and checking in on other dimensions. “My favorite pastime these days is sitting drinking coffee in the morning post-breakfast by the window, reading and listening to Sun Ra, sun shining through the forest trees,” says Vile. “In that moment, it’s all the traveling I’ll ever need. This record encapsulates all that—letting two years roll by and staying in my zone, traveling all the while in my brain, at the piano or in my guitar.” 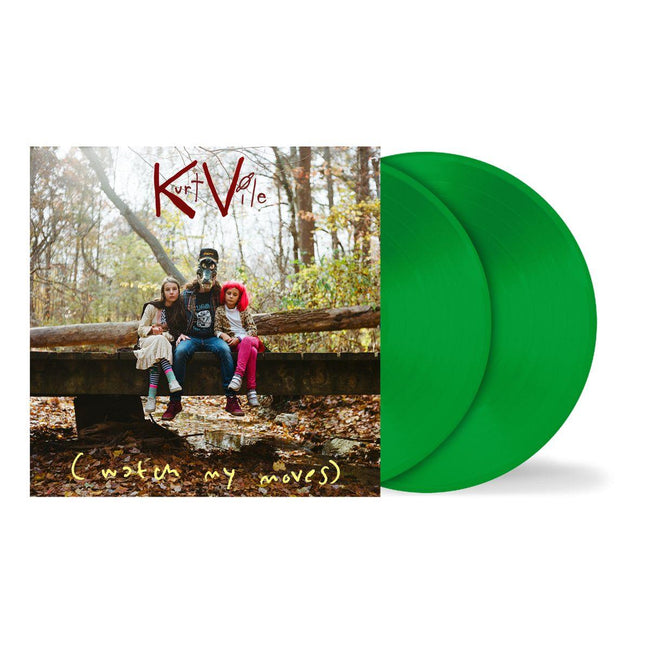