King Gizzard & The Lizard Wizard announce Butterfly 3001, a remix album of their original out on KGLW!

The album features remixes from acclaimed local and international musicians including DJ Shadow, The Flaming Lips, Fred P and Peaches, to name a few.

King Gizzard’s Joey Walker elaborates: “We’ve put off doing a remix album for a long time. Maybe it was conscious, maybe it wasn’t. But it’s happening now. That’s not to say that Butterfly 3000 makes the most sense to remix. It might seem like the obvious one, but it’s not. Yes it’s electronic. But so is a fridge. Have you tried to dance to Butterfly? It’s hard. It ties your shoelaces together. It’s duplicitous in its simplicity. But Butterfly 3001 expands on this. It also deviates and obliterates. We’re honoured to have such esteemed people go to work on these songs. We hope you love this album as much as we do. See you in DA CLUB!!!”

For their “Neu Butterfly” remix, Peaches “wanted to make this remix sound like a lizard. Slippery wet and scaly dry. Something that wiggles through wide open spaces… with slits for eyeballs… And danceable.”

Legendary producer The Scientist says “I’ve always enjoyed being able to apply my dub mixing techniques to music outside of the typical ‘reggae mold.’  The music of KGLW, and specifically the song ‘Shanghai,’ provided me with the perfect landscape to be able to create something sonically rich and exciting for the listener.  KGLW fans and dub-reggae fans, alike, will enjoy this song very much.”

The band’s first ever remix album is spread over 2LPs of heavyweight wax, with Jason Galea’s Butterfly 3000 artwork remixed (by himself) on 350 gsm reverse board with spot glossing, a die-cut disco hole and housed in a recycled and recyclable custom cardboard sleeve as a shrink wrap alternative. Comes in multiple variants, named after beautiful butterfly species. 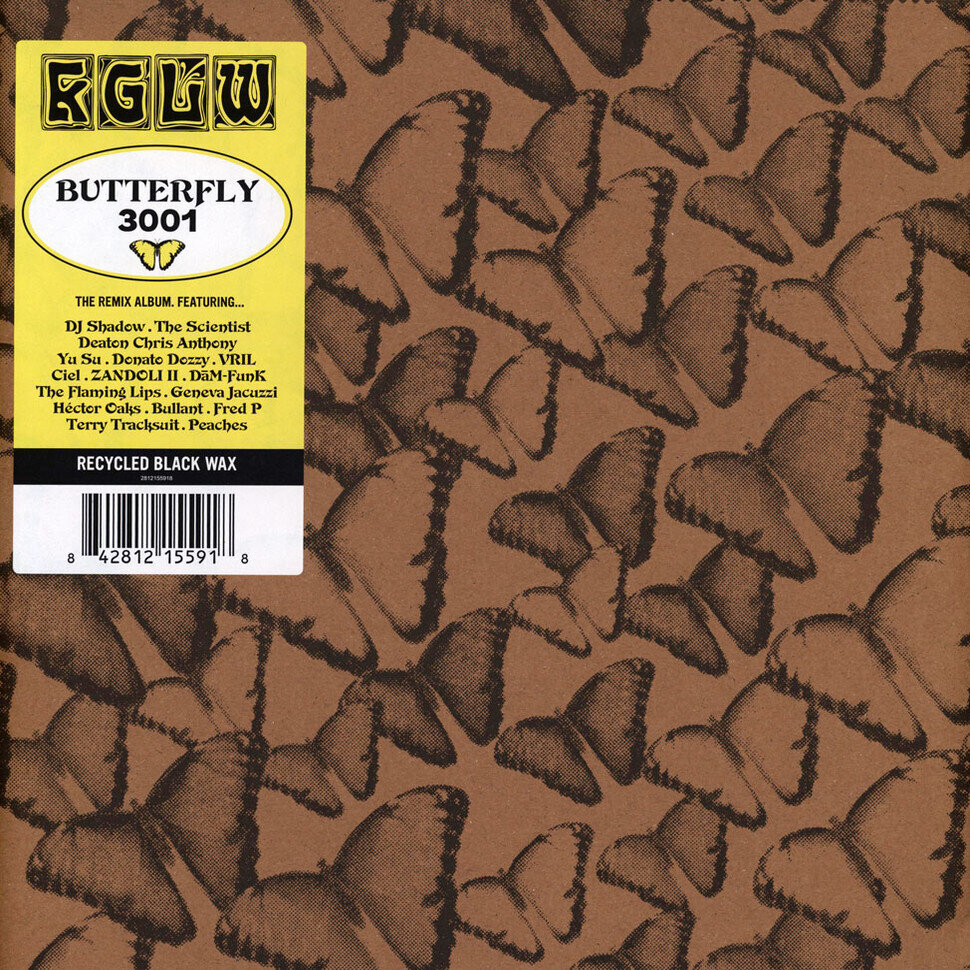