We lost the great John Prine during the height of the 2020 pandemic madness, a great talent lost, but the legendary singer-songwriter’s music shall live on!

Originally released in 1988 on Oh Boy Records, John Prine’s own independent label, John Prine Live was his very first LIVE album. It was taped mostly during a three-day stint at The Coach House in San Juan Capistrano, CA.

Tracks include performances of the legendary ‘Angel From Montgomery’ featuring guest vocals from Bonnie Raitt, ‘Souvenirs’, ‘Sam Stone’, ‘Hello In There’ and many more bona fide classics. For the first time since the original vinyl pressing in 1988, Oh Boy Records has repressed John Prine Live on 2 LPs 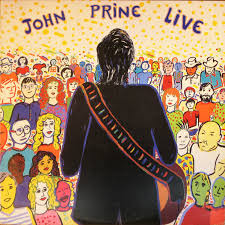