DickLord have decided to capture their obnoxious noises in a recorded thingo.

Don’t let the title deceive you as this album is anything but boring. Only bored people get bored, so if you think its boring then YOU’RE BORING. Good.

This very Aussie 8 track record has 4 unreleased freshies on one side, our EP. The B-Side is a mixture of our classics, full of our favourite things, such as choads, baking cakes, and telling people to get effed.

TRACK LISTING for those bored enough to care…
IT’S SOOOO BORING
On the A-side…
Boring
Moll On The Dole
Keyboard Warrior
Jerk Store
And on the B-Side…
C U Next Tuesday
Debra
Fake Cake
Knuckle Girls
All recorded at the world famous Time Flew studios in Byron Bay. 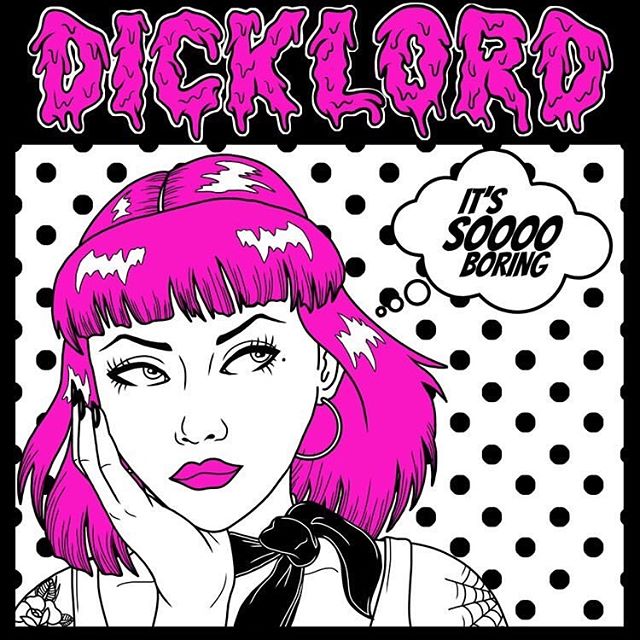