The Pig Kiss’d Album is the second full-length from Texan lo-fi exponents Chronphage, following 2018’s Prolog for Tomorrow, and the chaotic lo-fi spirit remains intact. It was released by the new Dutch label Soft Office, started by members of the excellent Rotterdam band Lewsberg (as well as Cleta Patra in the US). Chronophage share the same DIY and post-punk tendencies as their label bosses – the track ‘Name Story’ features the same stark and curled vocals of The Fall’s Mark E. Smith – but overall they skew to lighter and fuzzier jangle.

Perhaps an important band of that era but from a different part of the U.S, Washington’s Beat Happening, are a better touchstone: they share the same commitment to exploratory scruffy lo-fi pop, all keen energy and wide-eyed intensity; like Beat Happening too, they interchange well with their female and male lead vocalists (Cody Phifer and Sarah Beames) throughout, and also know how and when to find moments of weary melancholy. So they can go from the intimate and solemn ‘Heartstone’ straight into the melodramatic and theatrical ‘Talking Android’, the latter spurting with a vintage and hefty organ.

Itchy, scratchy DIY punk rock’n’roll with slices of jangle pop all over the place, for fans of The Go-Betweens, Swell Maps and The Fall. 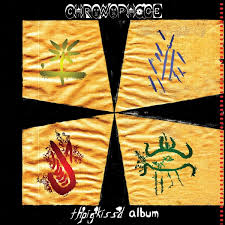