BLUE HEARTS is perhaps the most directly confrontational work of Bob Mould’s four-decade career, a raging 14-track collection described by its creator as “the catchiest batch of protest songs I’ve ever written in one sitting.” Produced by Mould at Chicago’s famed Electrical Audio with longtime collaborator Beau Sorenson engineering, the album – which once again features backing from the crack rhythm section of drummer Jon Wurster and bassist Jason Narducy – nods to the veteran singer-songwriter’s groundbreaking past while remaining firmly planted in the issues of the day. Where SUNSHINE ROCK captured Mould at his most “violently happy” (according to Rolling Stone), BLUE HEARTS is both seething and pointed, the raging yin to ​the previous album’s positive yang. The acoustic opener, ‘Heart On My Sleeve’ catalogues the ravages of climate change, while ‘American Crisis’ – written initially for SUNSHINE ROCK but deemed “too heavy” by its writer – spits plainspoken fire at the people who fomented this catastrophic moment in history: “I never thought I’d see this bullshit again / To come of age in the ’80s was bad enough / We were marginalized and demonized / I watched a lot of my generation die / Welcome back to American crisis.”

Elsewhere, the political and personal collide on songs like ‘Everyth!ng To You’, ‘The Ocean’, and the salaciously autobiographical ‘Leather Dreams’, the latter two composed earlier this year during an epic three-day writing binge prior to January 2020’s sold-out Solo Electric tour. As volatile, hook-laden, and aggressively honest as anything in Mould’s remarkable canon, BLUE HEARTS is fueled by a pervasive sense of déjà vu, its angry anthems of today equally informed by his experiences and memories of the early 1980s. Back then, Mould was a self-described “22-year-old closeted gay man” touring with the one and only Hüsker Dü as AIDS consumed his community. Leaders – including the one in the White House – seemed content to let the epidemic kill a generation. No wonder Bob Mould found his mind wandering back…

“We have a charismatic, telegenic, say-anything leader being propped up by evangelicals,” he says. “These fuckers tried to kill me once. They didn’t do it. They scared me. I didn’t do enough. Guess what? I’m back, and we’re back here again. And I’m not going to sit quietly this time and worry about alienating anyone.” 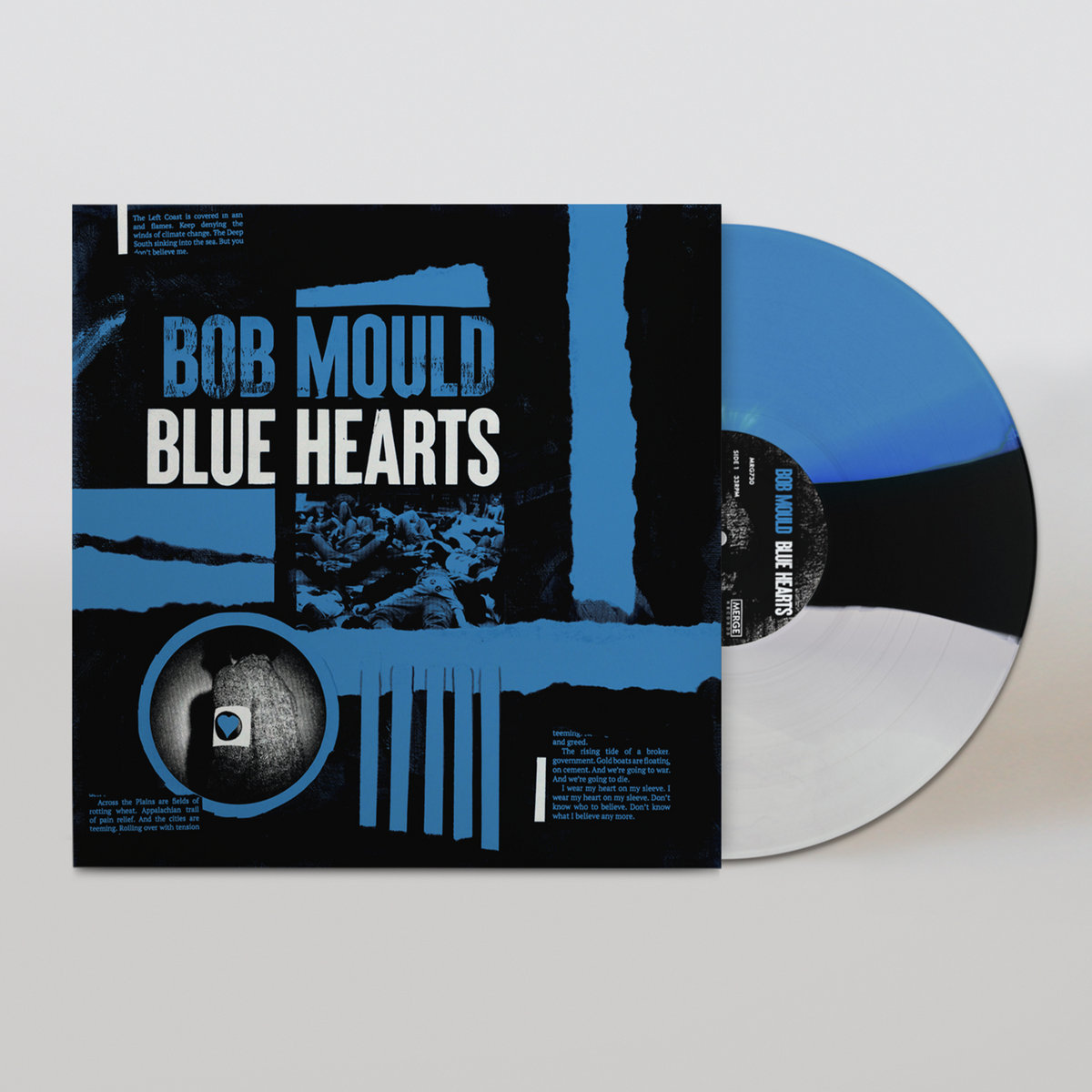