At last! ASTEROID B-612’s ‘Forced Into A Corner’ is released for its very first time on vinyl!

This is the second album of legendary Australian band ASTEROID B-612, and it is the killer predecessor to their album “Not meant for this world!”.

Australia has plenty of awesome bands we know this It might be a long way from The UK and America but man they were right at the front and often when it comes to Rock and Roll.  Originally recorded and released in Melbourne, Australia way back in 1994, this album was produced by Dave Thomas from BORED! (RIP). If you took our advice after reviewing ‘Not Meant For This World’and checked them out then you will have an inkling of what to expect. Bored! and Asteroid B-612 influenced by The Stooges, MC5, Birdman, etc.  C’mon what’s not to like?

Having been previously only available on CD and only in Australia, I guess pre Internet this was a bit of a secret and only the lucky ones knew and we all want to be one of the ones in the know right? Right.

A total must for all fans worldwide of MC5, Stooges, Radio Birdman, Bored!, Hellacopters, etc. You know the drill and where these guys are coming from. As the opener blasts off out of the speakers with that sweet sweet distorted guitar riff ‘Edge A Little Closer’ doesn’t so much as rock out but comes Stomping through the ether it’s measured and barely under control with a cool hook on the chorus but the solo is sounding so sweet.  Asteroid B-612 (still an odd name for a band) know how to rock it up and sound like the distant cousin of a broken Rock and Roll home with Lovesores and these ones were banished to the other side of the earth to keep them apart but the time has come and thanks to the likes of Bang Records we can all get in on the secret.  Damn, records like this shouldn’t be a bloody secret every self-respecting lover of Garage Rock and Roll should investigate here.

‘I’ve Had You’ turns up the energy and leans on fellow tunesmiths like Los Pepes as far as writing catchy uptempo rock and roll goes.  In contrast ‘The 32st To The 2nd’ is a laid back groove more in keeping with The Stooges vibe.  It’s a super consistent record and the quality is excellent throughout.  Sure some tracks stand out like side two’s opener the sleazy ‘Plastic’ with its gang vocals sounding like a boozy night in some dive bar where the jukebox is way too loud but who cares when it sounds this good. It’s not all bluster and beer drinking as the epic slow-burner of ‘I’m Not For Sale’ will testify.  With its sparse bluesy dark and brooding verse leading into the inevitable crescendo before dropping back into the shadows.

The energy is pumped back into the record on ‘Can I Touch It’ from its bass thump intro it’s like a frantic spinning top bumping off each instrument waiting to slow down or crash and burn.  Before we finish we get into some choppy Chuck Berry territory as ‘Dannys Sister’ jives and boogies on down. There’s still time for a bluesy seven-plus minutes before we get the hell out of here. Asteroid B-612 doesn’t do bad records and this is another must-have slab of epic vinyl. 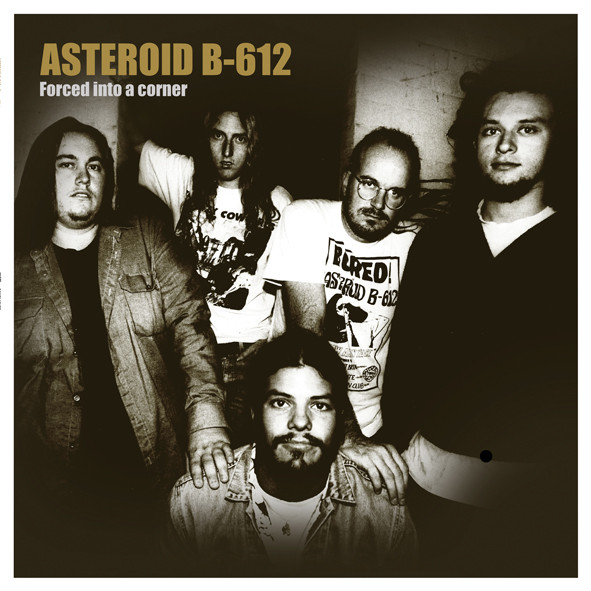