Back in 2012 Fire reissued ‘All the Nations Airports’ (1996) and ‘White Trash Heroes’ (1998) the final two albums from ’90s US indie rock icons Archers of Loaf. Both albums have been remastered by Bob Weston and feature re-imagined cover art, new liner notes and copious bonus material. Also, each album is available on double-CD, colored vinyl and digital download.

Archers of Loaf almost called it quits after All the Nations Airports due to the strain of touring and the rut of the album cycle (i.e., make record, make video, do interviews, tour, tour, tour; repeat) but decided they would make one more album and see how they felt after that process. They again enlisted the help of Brian Paulson to record the album that became White Trash Heroes. On this album, the band added keyboards to several songs as well as vocoder, and debuted the lead vocals of Matt Gentling on the track “I.N.S.” “Banging on a Dead Drum” found all the members swapping instruments and featured some of the worst cowbell ever attempted.

In the liner notes for Fire’s reissue of the Archers’ final album, Josh Modell says, “In hindsight, it’s easy to read White Trash Heroes as both the stormy end to a legendary band and as the beginning of something else: Bachmann’s next project, Crooked Fingers. Hints of what came two years later abound here, particularly on the keyboard undercarriage and restrained energy of ‘Dead Red Eyes’ and the epic, sequencer-assisted title track.” 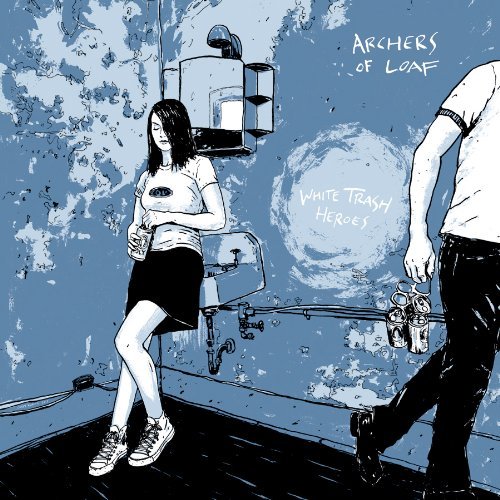