Way back in 1980 in the Brisbane suburb of Capalaba a young band name Tangled Shoelaces first formed, the members all aged between 10-14 but writing original music way ahead of both their age and the time. Their brand of spirited new-wave pop was unique and compelling, but sadly one one seven-inch single bearing their name was actually released before they disbanded in 1984.
Excitingly earlier this year a compilation of their recordings ‘Turn My Dial: The M Squared Recordings and More’ was released by Chapter Music, and a whole new audience is embracing this wonderful music which until now had been all but lost to the ravages of time.
And even more excitingly the current incarnation of Tangled Shoelaces – fittingly featuring the 10-year-old son of the founding drummer behind the kit – are going to be playing live in Sonic Sherpa from 3pm on Saturday 6 November, their first live gig in close to 40 years! It’s an amazing piece of Brisbane history coming back to life and we couldn’t be prouder to be a part of it, see you here in the 4120!
WHO: TANGLED SHOELACES
WHAT: ‘TURN MY DIAL: THE M SQUARED RECORDINGS AND MORE’
WHERE: SONIC SHERPA
WHEN: SATURDAY 6 NOVEMBER @ 3PM
WHY: BRISBANE HISTORY IN THE MAKING! 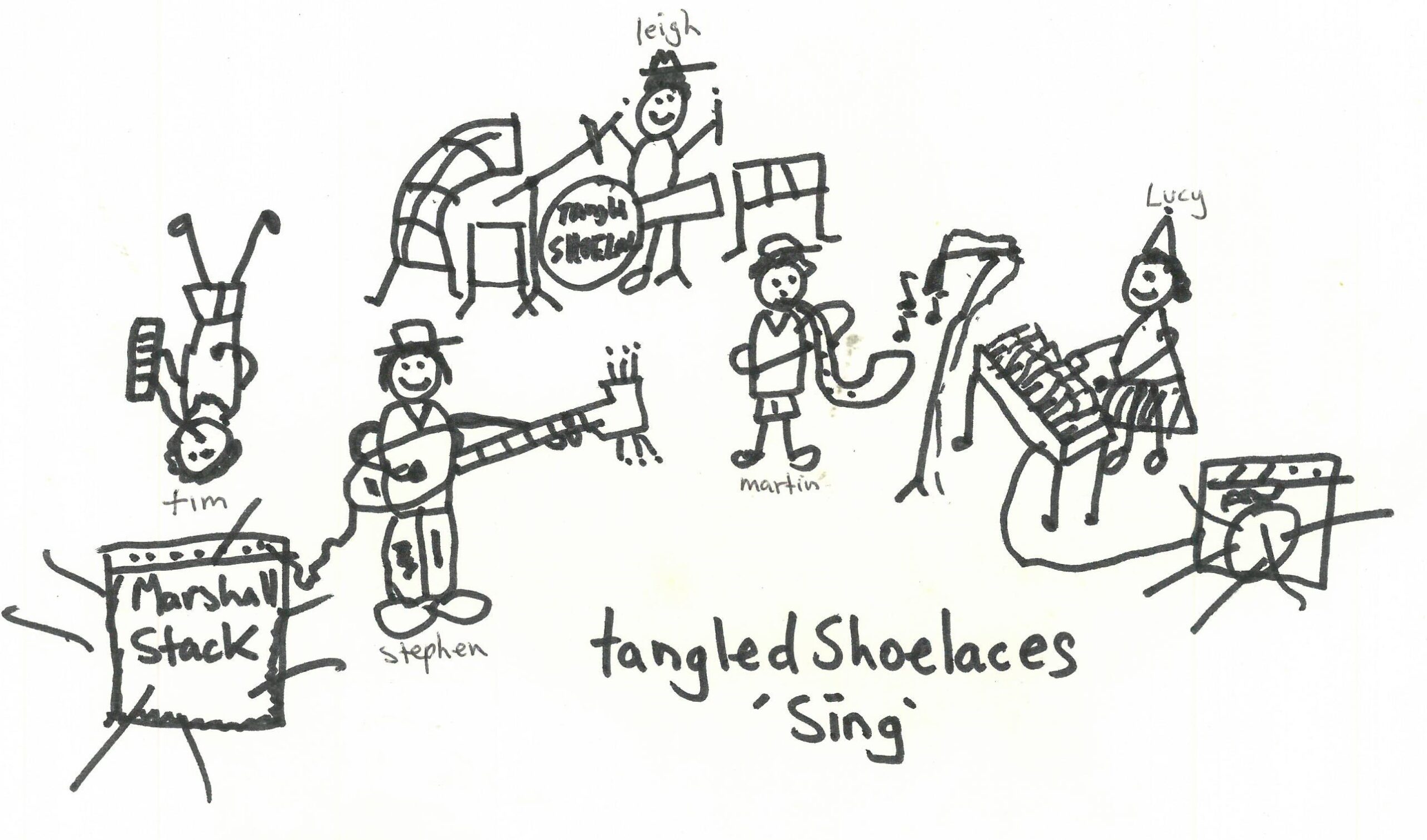