Since breaking through in 2014 with his Grammy-nominated Metamodern Sounds in Country Music album, Sturgill Simpson has established himself as one of the most daring and most acclaimed artists of our time. His music stretches across genres and styles, from the psychedelic soul of 2016’s A Sailor’s Guide To Earth (Grammy nominated for Album of the Year and winner for Best Country Album) to the fuzzed-out rock attack of Sound & Fury in 2019.

For Cuttin’ Grass Volume 2: The Cowboy Arms Sessions, Simpson reunites with an A Team of acoustic musicians—now dubbed “The Hillbilly Avengers” – to once again revisit and reinterpret his catalogue. But going back into the studio so quickly after releasing Volume 1 didn’t mean simply repeating a formula. “On Volume 2, we recorded everything I was too afraid to do on Volume 1,” says Simpson. “It’s hard to deny that this is a much more personal record. I was thinking about my kids, my grandfather, my wife.”

Of the 12 tracks, most are versions of songs that Simpson has released on Grammy-winning A Sailor’s Guide to Earth. ‘Hobo Cartoon’, a co-write with Simpson and Merle Haggard, has been previously unreleased until now. 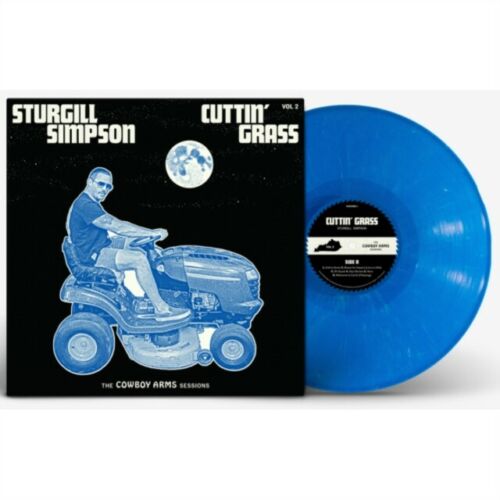