New EP Show Pony announces the release of a new track ‘No Glory In The West’. This is an addition to the previously released track and video, ‘Summertime’.

Orville is known for his baritone voice, strong musicianship and songs that are sincere yet bold in their storytelling.

Orville has never confirmed his identity and is known for hiding his face with a fringed Lone Ranger mask. 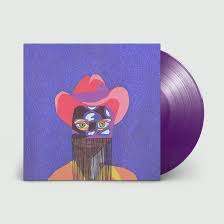