Brisbane singer songwriter Kristy Apps has dropped her 6th studio album Take Heed, delivering her songs as if she were sending you a telegram wrapped in a powerhouse voice, written especially for you or someone you know. This record delves into the depth of the soul while reaching some of the rockiest moments you’ve heard from Apps.

Recorded with Jeff Lovejoy, this record explores sounds and themes that have been left somewhat unturned for Kristy, making this her most exciting record to date. Together with her stellar band, Ruth Gardner, Geoff Green, Brendan Watterson and Tobias Broughton and featuring backing vocals from Roz Pappalardo and Lucinda Shaw, Take Heed was born.

Along with a critically acclaimed catalogue of releases, Kristy Apps’ renowned energetic and infectious on-stage performance is reminiscent of rock chicks past and present, and she has performed at Australia’s biggest LGBTI & mainstream festivals including Pride (Sydney & Brisbane), Mardi Gras (Sydney), Big Gay Day (Brisbane), Midsumma & Chill Out (Melbourne), and Woodford Folk Festival.

In a career spanning more than 20 years she has cemented herself firmly in Australia’s independent musical landscape with critically acclaimed albums, national radio play and appearances alongside some of the legends of Australian music like Deborah Conway and Pete Murray. 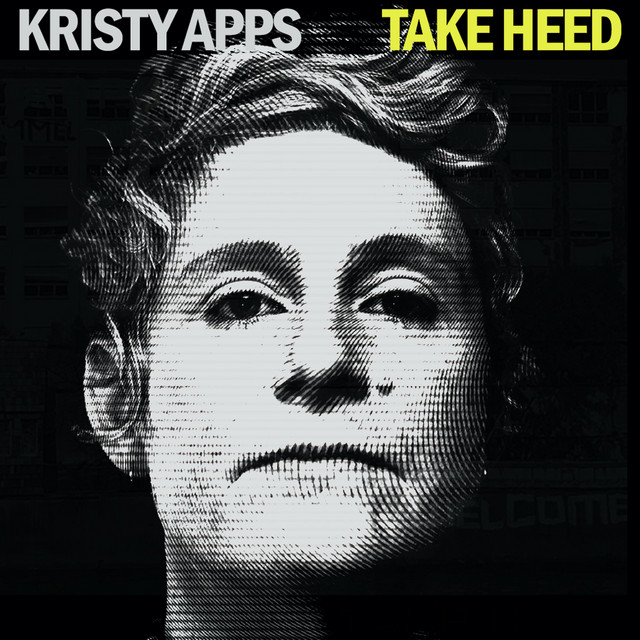