On The Ghostline, With Hands of Lightning is the new album by acclaimed Australian band Halfway, and follows their recent successful releases, Restless Dream (2021) and Rain Lover (2018).

The majority of the new record was written in Darwin and was recorded in the band’s hometown of Brisbane by Grammy Award winning Producer Malcolm Burn, whose work includes Bob Dylan, Iggy Pop, Patti Smith, Midnight Oil, Emmylou Harris, and Archie Roach.

The word ‘Ghostline’ in the album’s title, is a term used to describe commercial fishing nets that are released into the ocean and drift across the seas, wreaking havoc on the ecosystem and local wildlife. They are often many miles long and can stay at sea for years before washing ashore.

In Northern Australia, First Nations people use the discarded nets to create decorative items and art. Turning something destructive and terrible into something beautiful and useful.

Building on this idea, the central theme of On The Ghostline, With Hands of Lightning examines the repurposing and reimagining of memories, and experiences, turning hard memories into something more palatable, making them easier to process, and to get on with the day to day.

These memories are the threads, the guidelines that keep our world in order and in place. 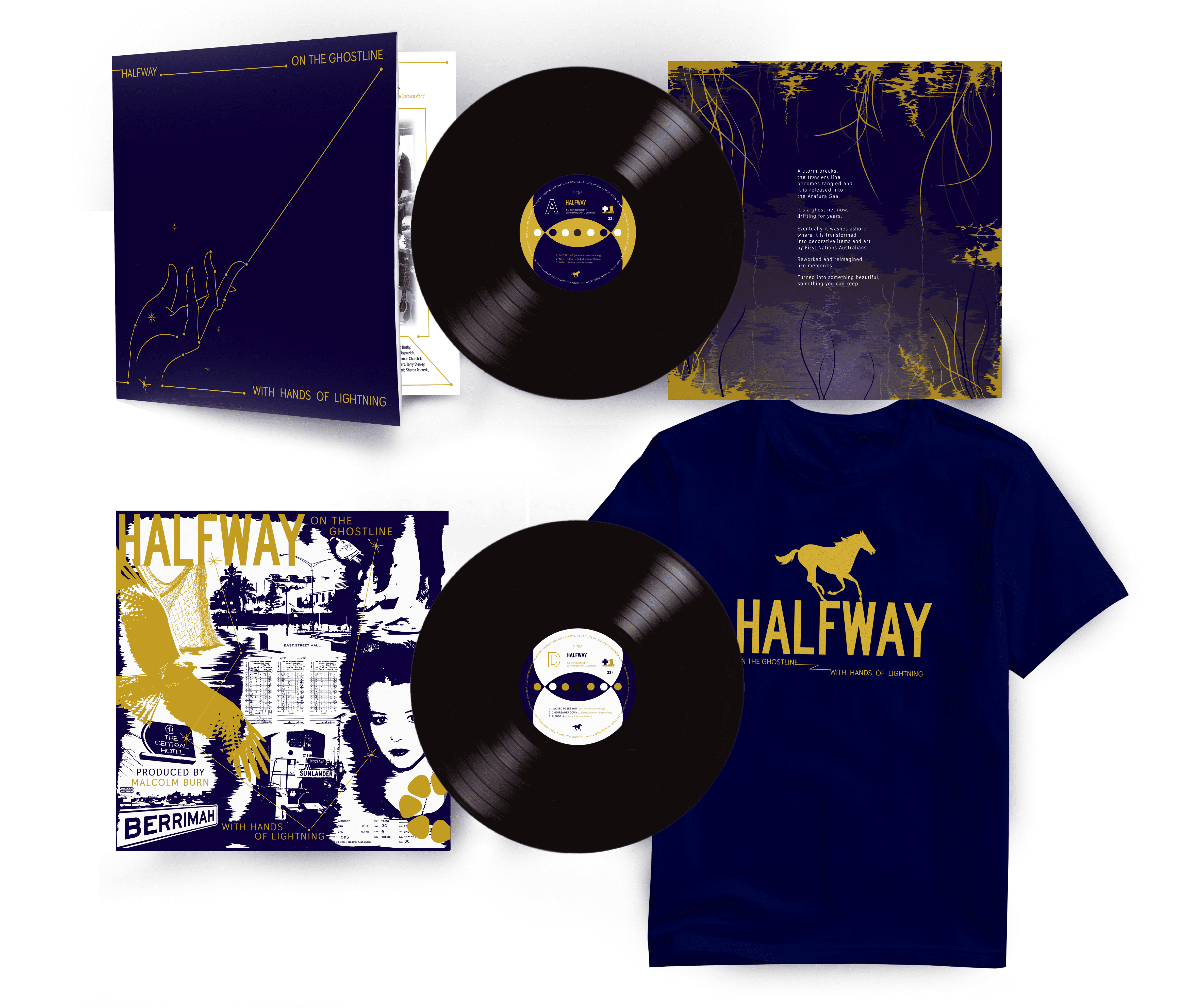