It has been a long time coming – five years and three widely loved EP releases have led to cherished Brissy act Good Boy’s debut and final album, ‘It Takes A Lot of Skill To Milk A Mare’.

The release proves to be a bittersweet one, following the recent news of the band’s impending break up. With a colourfully illustrated career of countless national tours, widespread acclaim, and releases that challenge both listener and authority alike, Good Boy end on a high note – provocative, endearing, and prolific.

EPs ‘No Love For Back Home’, ‘Plum’, and ‘Shirk Life’ have been momentous releases throughout the band’s lifespan, venturing into unapologetically earnest analysis of the state of Australia’s political climate, while simultaneously delving into real human emotion and relationships. Capturing the feelings and attitudes of many young Australians, and expressing these through relatable, driving punk rock anthems has been the crux of why so many have fallen in love with the quartet over the years.

‘It Takes A Lot of Skill To Milk A Mare’ in a sense pays homage to these releases, and is the perfect finale to Good Boy’s incredible and diverse archive of driving rock anthems. It encapsulates the band’s sonic evolution in a refined and poignant light – from delicate and sombre sounds reminiscent of their debut single ‘Transparency’, to heavily political and angsty punk tracks that take us back to ‘Poverty Line’ and ‘Fishing With A Shotgun’, and all the way through to their introduction of a horn section with newer tracks ‘CRF’ and ‘Sodabread’. 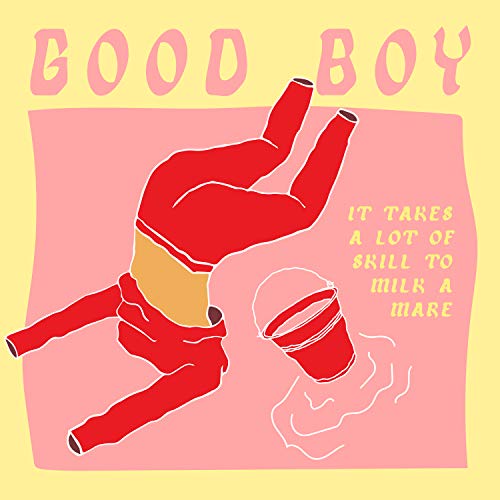