Following from the frantic slur of the ‘Ana’s Little City’ 7″ and the paranoid mysticism of the vinyl-only release The Ongoing Adventures LP, comes Dom & the Wizards‘ latest inter-dimensional translation – The Australian Cyclone Intensity Scale.

Band leader Dom Trimboli, of renowned Adelaide/Kaurna Country based group Wireheads – who a few years ago rocked the Stones Corner Hotel hard at the Brisbane launch of their excellent Lightning Ears record – takes the listener on a staggered journey through tales of sinister whimsy, as though playing to an audience of sedated accountants, standing hand in hand humming nonchalantly as the world burns around them. The Wizards retreat from the world of increased chaos and the mathematicians that attempt to bring it to order, to unearth the simple pleasures of colourful, irreverent narrative. Trimboli takes us back to a world of fanciful tales, mystical heroes and kaleidoscopic exaggerations.

On The Australian Cyclone Intensity Scale, the Wizards’ playbook takes iconic form, becoming a clearer patchwork quilt of myth, literature, theology and anecdote, resembling a psychedelic late-night Wikipedia hole. Yearning for the times of the high renaissance, the molasses like glue of the album urges its listener to park their cars and write love letters to their neighbours they have never spoken to.

Recorded in the grape vine dressed Adelaide Hills on Peramangk country at Milestone Studios by engineer Tom Spall. The album features Vic Conrad and Col Gellard of the Garden Path, Jess Johns of Dead Roo, Tom Spall and Harry Freeman of the High Beamers and Liam Kenny of Wireheads. 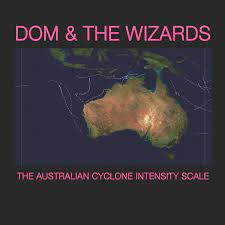