As part of Sonic Sherpa’s ongoing blog series the great Chris Yates – member of killer indie rock bands Dollar Bar and Weak Boys amongst many ither fine outfits – has interviewed Dave McCormack from beloved former Brisbane institution Custard about their excellent eighth studio album Respect All Lifeforms! The album plays to all of Custard’s strengths – hook-laden melodic music, witty lyricism and general goodtime vibes – and as well as allowing numerous members have a crack at vocals includes a rollicking cover of the Camper Van Beethoven classic ‘Take The Skinheads Bowling’, a most welcome inclusion indeed.

Custard frontman Dave McCormack is chatting to me via Zoom in the way that the people of Earth now communicate with each other. He’s in his home studio in Bexley, Sydney where he recorded his vocals and other bits and pieces for the new Custaro album Respect All Lifeforms.

Dave sounds shocked when I mention casually that it’s 30 years since Custard formed in their beloved hometown of Brisbane.

“Is it? Yeah right. Yeah of course! Its must have been around 1990 (that Custard started) so yeah, 30th year anniversary – Bang! With a couple of years off there, like ten years off in the middle.”

There’s nothing like a little gap-decade away to reignite the creative juices. McCormack explains that there was never really any solid intention to reform the group, it just kind of happened by happy accident.

“We had offers to do gigs in the gap decade,” he tells, “but then that Powderfinger show – Queensland’s 150th birthday or something – and we got together for that, then did the Meredith Music Festival and just sort of kept going.

“We had a couple of rehearsals for the Powderfinger show which is the first time we had all been in the room at the same time. Chris can I tell you a funny story about that Powderfinger show? So there was a lot of people there, and they wanted me to sing ‘Streets Of Your Town’, The Go-Betweens’ song, as the finale. And we had played our show and we were hanging out downstairs, and back then we were all smoking ciggies and slapping each other’s backs.

“I got separated and i got sort of lost in the catacombs of the Riverstage and I could hear the Powderfinger people saying, ‘Okay this is the last song, we’d like to invite Dave up onstage to sing ‘Streets Of Your Town’, and I couldn’t get out onto stage! It was a real Spinal Tap moment.

“I found these two massive doors that were so heavy and weighty like an aircraft hanger door. And I squeezed through and came through some sort of entrance to get on stage. I was really frazzled by then and I think I forgot most of the words. It was such a Spinal Tap moment – such a great thing to do and I buggered it up by getting lost.” 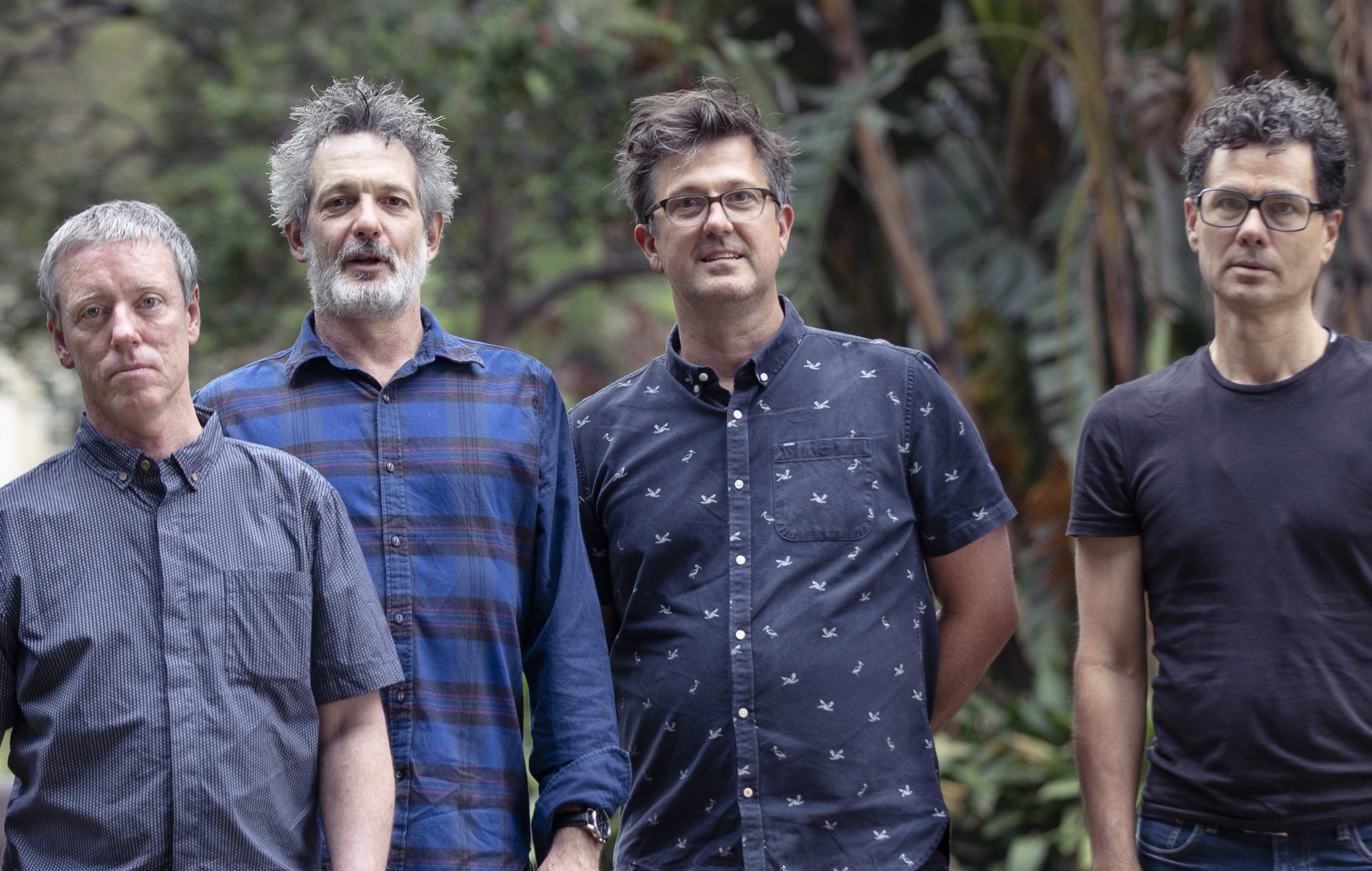 Custard’s return to recording still didn’t come for quite a few years, when Come Back All Is Forgiven was released in 2015.

“We recorded that album in Glenn [Thompson – drums]’s studio the Horses Of Australia (in Marrickville, Sydney) which is a great vibe, in one little room. It was fun and so quick. I find the older we are the quicker we are at recording.”

The newest release Respect All Lifeforms was in fact mostly recorded in one morning, at Poons Head Studio in Fremantle.

“I hadn’t heard Glenn’s songs or Paul [Medew – bass]’s songs, and none of the band had heard my songs: we just jammed it out.”

I ask if this is the first album to include one of Paul Medew’s songs in the current run of Custard albums?

“Yeah it would be! We probably haven’t had a Paul song or two since the mid-90s. It’s nice to have more of that Fleetwood Mac vibe with more than one singer writing their own songs.”

That’s in fact the reason that Glenn Thompson was asked to join the band prior to the release of We Have The Technology in 1997.

“He already had ‘Music Is Crap’ and a couple of other great songs – ‘Piece Of Shit’ – which he was playing in another band around Brisbane called Adults Today which sometimes transformed into Adolf Today or Control Group. It was always the same band members but with different names. Adolf Today is pretty out there (laughs)”

It became a bit of a thing for the bands loosely attached to the Custard scene to change band names for no real reason than because they could. I mention that Brisbane contemporaries Biro used to joke about changing their name to Bird by just adding a single line to their posters.

“Biro and that group of musicians were constantly changing their name. They were Biro, then Small Fantasy, then they were Mall Fantasy then they were Skippy. There was probably another half dozen as well I’ve forgotten.”

The cover art for Respect All Lifeforms features a nod to these name changing shenanigans, with the band name intentionally misspelled as Custaro, which was a bit of a joke back in the day.

“It’s been, how long did you say? 30 years? Bring back the O. All the name mutation stuff happened in the mid-90s. We were trying to get from Custard to Custaro to Tarago but we thought that was maybe a little too far.”

The album opens with the fantastic ‘Couple’s Fight’, an upbeat throwback to Custard at rocking with whimsy. Dave says they almost changed the name of the song.

“We had to contact a gentleman named David Astle. He does the cryptic crossword in the Sydney Morning Herald – I emailed him to work out where the apostrophe should go, or if there should be an apostrophe at all. He cleared up that the couple possesses the fight so as there was quite a lot of discussion within the band and we couldn’t agree so we nearly changed the name. So David Astle if you’re listening, thank you!

“When we went to Poons Head Studio and we got there at 10am and no one had heard anyone’s songs, ‘Funky Again’ was the first song we bashed out. I showed everyone the chords and we played it once or twice, I decided there should be a little stop, a little breakdown and a guitar solo and then do it all again.

“The great thing about all those sings we recorded – there was absolutely no thought in it. It was all muscle memory, vibe. Glenn counted it in, Matthew [Strong – guitar] and I did lots of upstrokes, and at that point I had none of the lyrics, I only knew that it was going to be called Funky Again.”

Glenn Thompson has taken the reigns of Custard to some degree, completing the album with post-production flourishes and mixing at his Horses Of Australia studio. Dave credits this second era of the band to Glenn’s positivity, his eagerness to do recordings and more to keep the band rolling again.

“We’re blessed that he loves getting stuck in because who else would do it,” the frontman laughs. “He’s actually the double threat because once he makes the music sound fantastic he does all the artwork and the visual side of things.

“I really think that without Glenn none of these second phase Custard albums would have happened because he pulls it all together, he makes it sound fantastic, he gets everyone in the room – the album should just be called Thanks Glenn. Maybe the next one – Custard Thanks Glenn. He’s amazing. And he’s old! He’s 100-years-old and he looks maybe late-30s when he’s actually in his 80s (laughs). He’s in the high risk category for the CoronaVirus.”

“We said to him you do your thing,” McCormack explains. “Whatever images you vibe on, do your thing. He went somewhere and got some actors and sent it back to us. Our only notes were that it was a little bit saucy? We got kids walking in here and they don’t want to see too much of that stuff so he went a bit more esoteric with it. Saucy like The Sullivans (laughs). Andrew is such a visual person – he said we’ve done 20 videos together now. The first one he did for us was ‘Pack Yr Suitcases’ in 1994 and he’s done every once since then.”

The video for ‘Pack Yr Suitcases’ really helped define the character of Custard as a band.

“There was only one thing I was unhappy about with that video, the very last shot is me bowling a bowling ball and getting a gutter ball. He should picked one that got at least one, or a strike! But that was the Custard vibe wasn’t it? Losers. (laughs)”

“I’m so happy to be back in the Custard brotherhood and the thing I noticed about doing my own thing for a long time – and really enjoying that – but coming back to the established family band, if you like, is just the power in the unspoken unity of it,” he smiles. “Paul, Glenn, Matthew and myself are all equal and all in it together and working towards the same goal, and when you’re by yourself it’s hard to get people interested in what you’re doing.

“But when you have your friends and people doing it with you it feels more valid – like it has a reason to exist with less vanity. If you’ve got other people along for the journey it’s just so much more fun.” 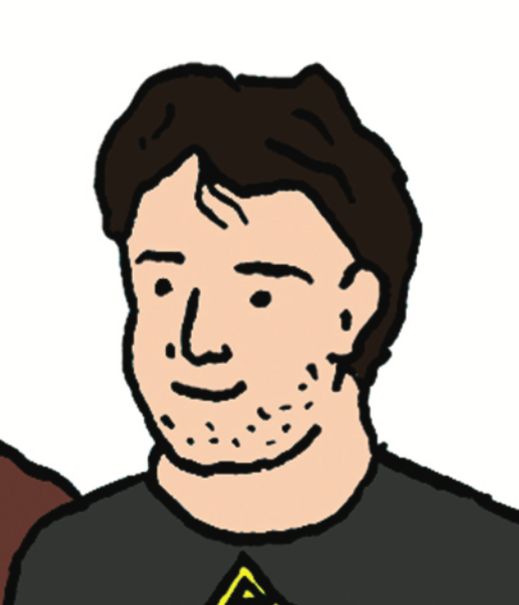