UK experimental rockers black midi’s new album Hellfire builds on the melodic and harmonic elements of 2021’s Cavalcade, while expanding the brutality and intensity of their 2019 debut, Schlagenheim. It is their most thematically cohesive and intentional album yet.

Excitingly in November 2021, at the end of their celebrated US tour, black midi recorded a live album at Steve Albini’s Electrical Audio in Chicago capturing songs from across their catalogue. 6 of those songs will be pressed on 6 Flexi Discs (one song each), which will individually be available with a limited number of album pre-orders from specific retailers, including Sonic Sherpa! That’s us! 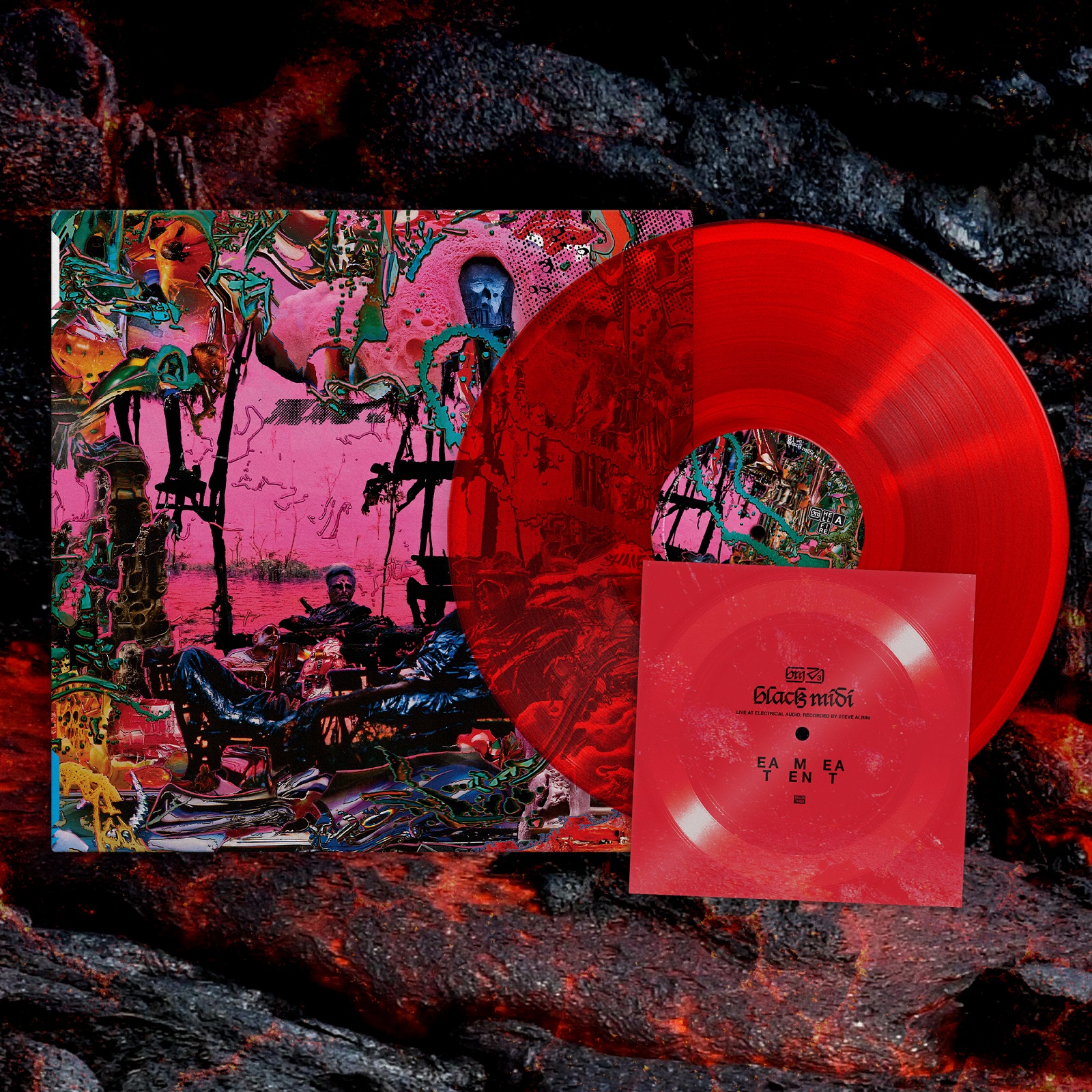