Dragon New Warm Mountain I Believe in You is a sprawling double-LP exploring the deepest elements and possibilities of revered US indie rockers Big Thief. To truly dig into all that the music of Adrianne Lenker, Max Oleartchik, Buck Meek, and James Krivchenia desired in 2020, the band decided to write and record a rambling account of growth as individuals, musicians, and chosen family over 4 distinct recording sessions. In Upstate New York, Topanga Canyon, The Rocky Mountains, and Tucson, Arizona, Big Thief spent 5 months in creation and came out with 45 completed songs. The most resonant of this material was edited down into the 20 tracks that make up DNWMIBIY, a fluid and adventurous listen. The album was produced by drummer James Krivchenia who initially pitched the recording concept for DNWMIBIY back in late 2019 with the goal of encapsulating the many different aspects of Adrianne’s songwriting and the band onto a single record.

All 4 of these sessions, in their varied states of fidelity, style, and mood, when viewed together as one album seem to stand for a more honest, zoomed-out picture of lived experience than would be possible on a traditional, 12 song record. This was exactly what the band hoped would be the outcome of this kind of massive experiment. When Max’s mom asked on a phone call what it feels like to be back together with the band playing music for the first time in a year, he described to the best of abilities: “Well it’s like, we’re a band, we talk, we have different dynamics, we do the breaths, and then we go on stage and suddenly it feels like we are now on a dragon. And we can’t really talk because we have to steer this dragon.”

The attempt to capture something deeper, wider, and full of mystery, points to the inherent spirit of Big Thief. Traces of this open-hearted, non-dogmatic faith can be felt through previous albums, but here on Dragon New Warm Mountain I Believe In You lives the strongest testament to its existence. 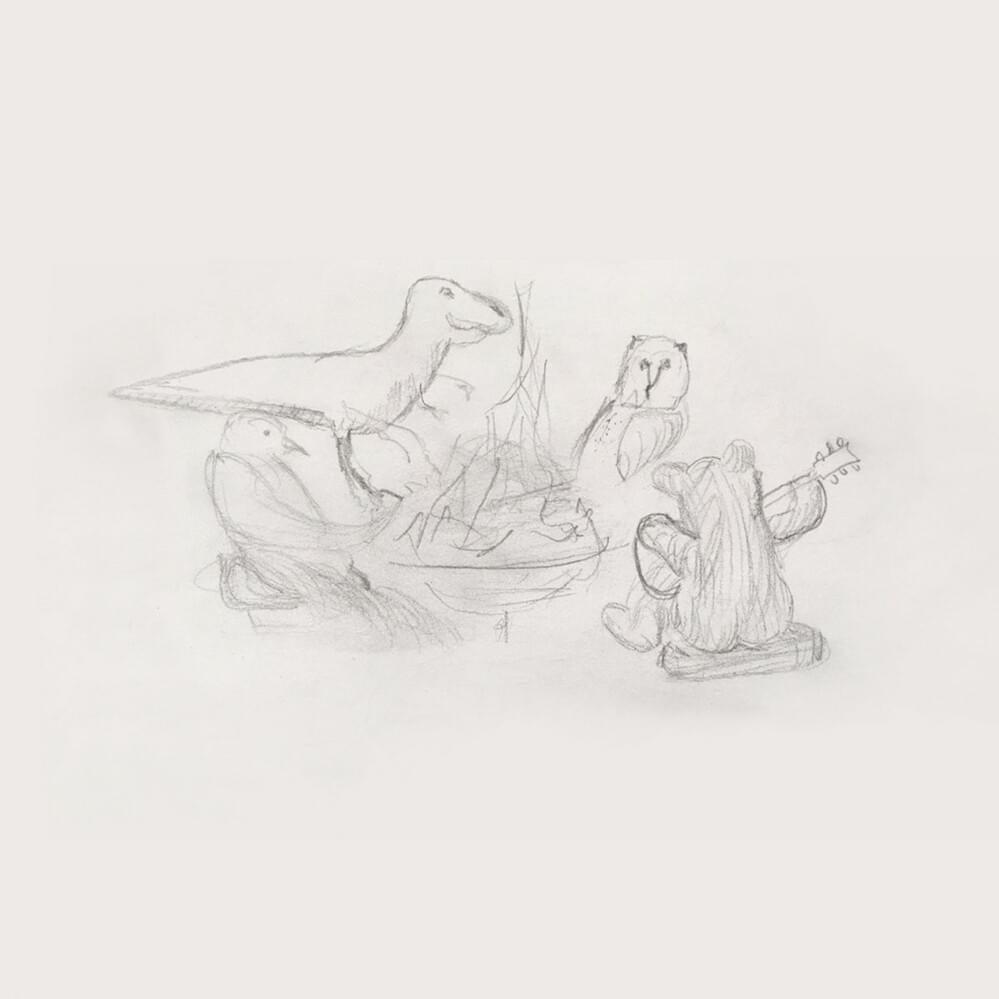